A Baker Street Wedding by Michael Robertson: A Visual Guide

November 7, 2018
GIFnotes: Giving you the basic plot summary of an upcoming book with the help of the Graphics Interchange Format. 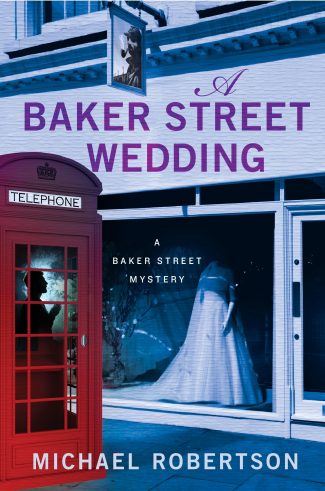 A Baker Street Wedding by Michael Robertson is the sixth book in the Baker Street Letters series—take a visual tour with GIFnotes!

Which is to say, it was a disaster.

Now, in a remote village on the British coast, locked in by sea cliffs on one side and moors on the other, the newlywed’s plane—piloted by Laura—has landed.

Reggie doesn’t understand why Laura has picked this god-forsaken hamlet for their honeymoon.

What is she keeping from him?

The answers are in Laura’s past, but she’s not saying.

And Reggie is out of his depth.

He must have help…

Or his worst fears and more will be realized.