Just because there’s a war going on doesn’t mean that death takes a holiday among the civilian population. Here are nine very different views of death during wartime.

Black Dragon is reminiscent of the history-based thrillers/mysteries of Joseph Kanon (Los Alamos, The Good German). The book (published in 1988) is hard to find, but it’s worth tracking down for its story of a murder in a Japanese-American internment camp that’s solved by an American MP and a Japanese-American criminologist internee. The character of Hank Fukuda, a Nisei (first-generation American born to Japanese immigrant parents), is particularly well-drawn, and Mitchell has done a fine job in his depiction of the virulent anti-Asian hysteria of the times. Mitchell is also the author of the mystery series featuring Bureau of Indian Affairs Investigator Emmett Parker and Alice Turnipseed. Fires of London by Janice Law

Fires of London (the first in a series) takes place in wartime London as air raid warden Francis Bacon (not yet the celebrated painter he will become—his former nanny is his most avid collector) stumbles across a body in a park. The murder sends shockwaves throughout London’s gay community—homosexuality was a crime at the time—and Law’s depiction of the dangers gay men faced at the time is a stark reminder of just how bad things used to be. In addition to Fires of London, Edgar-nominee Janice Law has also written the Anna Peters novels, several standalone mysteries, and a long list of short crime fiction stories.

Ever Man Dies Alone is a German In Cold Blood, a novel crafted from the real-life tale of a doomed couple (Otto and Elise Hampel) whose resistance to the Nazi Party took the form of a simple and direct action: leaving postcards with hand-lettered anti-Nazi sentiments in buildings all over Berlin. Fallada’s novel chronicles a Gestapo detective’s search for the couple (here called the Quangels) and what happens after. It’s an unusual take on an unusual crime, and it’s chilling in its implications. Fallada had access to the actual Gestapo files on the case and has spun them into a story that resonates as neo-fascist movements rise across the world. Girl in the Blue Coat by Monica Hesse

Girl in the Blue Coat is the 2017 Edgar Award winner for Best Young Adult Mystery. While it can be enjoyed as a coming-of-age story, it is truly a classic locked-room mystery that will appeal to readers of all ages. A client’s request for help finding a missing Jewish girl leads a young black marketer into a dangerous new role with the Dutch Resistance in occupied Holland. The novel opens with a genuinely tense encounter between young Hanneke Baker and a member of Amsterdam’s “Green Police,” which plunges us into a morally ambiguous world where loyalties are suspect and nothing is what it seems. Don’t let the YA designation keep you from reading this book, it deserved its bestseller status.

John Dunning (best known for his Cliff Janeway series) set his one-off novel Two O’Clock, Eastern Wartime on the home front with a mystery that centers around WHAR, a struggling radio station on the Jersey Shore. Dunning, who is also the author of On the Air: The Encyclopedia of Old-Time Radio, affectionately recreates the heyday of the medium in this tale of a missing persons case that has wider, historic implications. The radio station subplots hold their own against the thriller elements of the story, and the result is a wholly satisfying historical thriller.

Mayhem (originally published in the U.S. as Mirage) is the first of sixteen St-Cyr and Kohler mysteries—police procedurals set in occupied France that team a German Gestapo officer (Hermann Kohler) with a member of the Paris Sûreté (Jean-Louis St-Cyr). While the mysteries are solid and intriguing, what really sells this series is the historic detail—particularly the insights into the scarcity of food and other elements of occupation hardship—that bring the time period to life. The relationship between the two cops is psychologically complex and progresses with each book, as does the war, which is drawing to a close in the most recent book, Clandestine. March Violets is the first of the Bernie Gunther private detective novels and the first of three books in the Berlin Noir Trilogy. The story takes place in 1936, with subsequent entries in the series playing out against the backdrop of WWII and later books taking Bernie into post-war Germany. The title is taken from a derisive term Nazi Party members used for new members who joined out of political expediency, and the plot is tightly woven with politics and the gathering clouds of war. Bernie’s a sympathetic and believable character, a man who’s just trying to keep his head down to avoid calling attention to himself while making whatever questionable moral choices he must make.

Black Out by John Lawton

John Lawton’s Inspector Troy series begins with Black Out, set in London near the end of the war. When a group of children finds a severed arm at the bomb site where they’re playing, the grisly discovery leads to a mystery that eventually involves the OSS, the plight of refugees, and possible corruption in the Allied high command. Troy, the son of a Russian immigrant, is immensely sympathetic in this outstanding thriller/mystery, which was Lawton’s debut novel. Like Kerr’s Bernie Gunther novels, the series has continued with each book moving forward in time so that in the latest book, Fredrick Troy lives in the 60s.

Out of the Blackout by Robert Barnard

Out of the Blackout is a puzzle-box kind of story written by Robert Barnard, whose mystery series about the young black Scotland Yard detective Charlie Peace could not be more different. Here, a man in postwar London searches for the truth behind the nightmares that haunted him as a child living with a foster family in the country as London was pounded by the German blitz night after night. Barnard upped his game with this one, which is not just a riveting story but a compelling character piece. Plus, the reveal is not obvious, which is a bonus. This is a one-off, but a great place to start reading Barnard’s work. 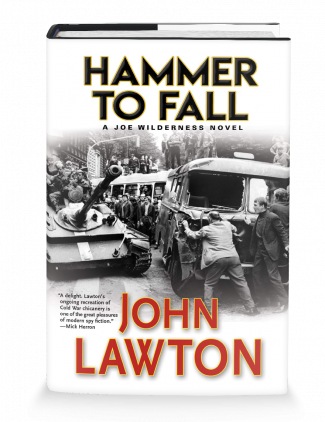 The third Joe Wilderness spy thriller from John Lawton, set in the swinging sixties, takes rogue MI6 Agent Joe Wilderness from Finland to Prague on a vodka-soaked adventure. What happens to spies after peace treaties are signed? According to Hammer to Fall, they simply keep on keeping on. Books about spy-craft (fiction and non-fiction) reveal… 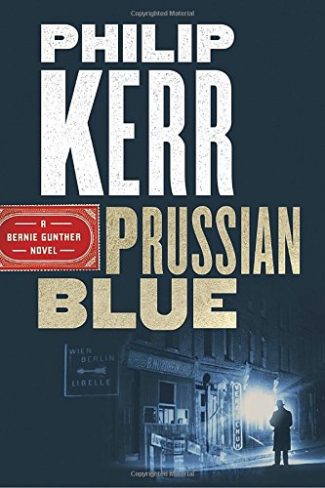 Prussian Blue by Philip Kerr is the 12th Bernie Gunther novel, where the former Berlin bull and unwilling SS officer Bernie Gunther’s cover is blown, so he must re-enter a cat-and-mouse game that continues to shadow his life a decade after Germany’s defeat in World War 2. First, a moment to mourn Philip Kerr’s passing, just over… 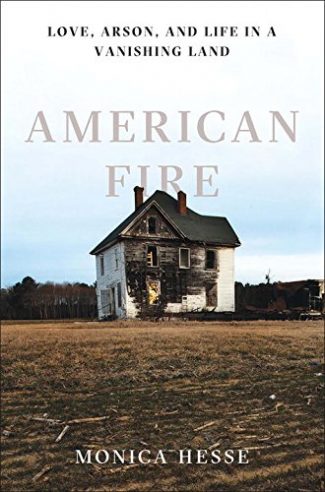