9 Books, Movies, and TV shows that Get Police Work Right 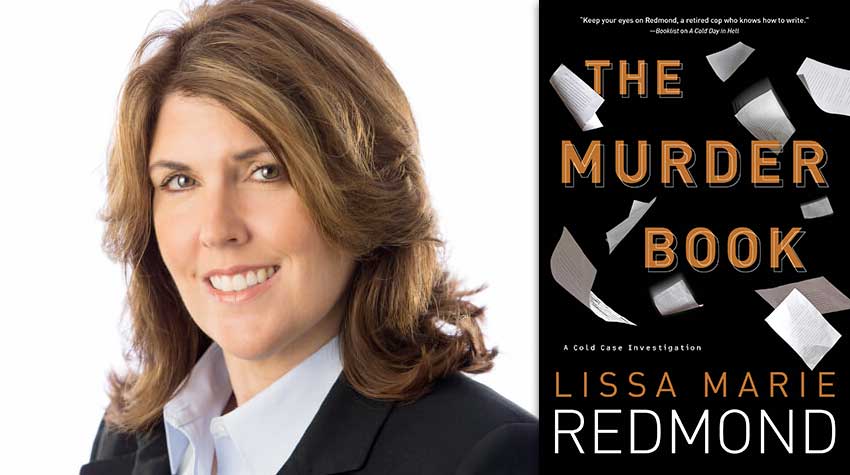 Once upon a time, in a land frozen with snow and ice, I was a police officer. I was a cold case homicide and sex crimes detective, to be exact, and because of the long, dark winters, I spent many a night reading or watching TV, waiting to be plowed out. There are hundreds—if not thousands—of books, television shows, and movies produced every year about police work, but how many of them get right what it’s actually like to investigate a crime or patrol the streets or talk to a witness?

I could have easily made this list a top 50 or top 100—there is so much good material out there. People will disagree with me, especially other cops, and ask how I could have left such and such out. My answer is simple: In the interest of brevity, I narrowed it down to the books, movies, and shows that popped right into my head—those few that stuck with me then and stick with me even now that I’m retired. These are the characters and stories and dialog I recognize. Maybe a cop in Fairbanks, Alaska, or Key West, Florida, would have included others. But I bet at least two or three on our lists would overlap.

The Departed, directed by Martin Scorsese

This 2006 movie directed by Martin Scorsese won the Oscar for Best Picture, Best Director, and Best Adapted Screenplay, but the actual best thing about the film was the dialog between the cops. Smart-aleck remarks and put-downs are station-house staples in real life. When the cop who messed up in the warehouse asks Mark Wahlberg who he is and he replies, “I’m the guy who does his job. You must be the other guy,” I wanted to stand up and applaud. Nailed it.

Among the Shadows by Bruce Robert Coffin

Bruce Robert Coffin’s 2016 book stars Portland, Maine, Detective John Byron, a second-generation cop trying to keep an investigation on track where the bad guys might not only include police officers but possibly his deceased father as well. Gritty, real, and set in a place that calls to mind trees and tranquility instead of concrete and blood, real-life retired cop Bruce Robert Coffin is an author to keep your eye on. He knows his way around a crime scene and a tightly plotted tale.

The New Centurions by Joseph Wambaugh

This 1971 book by Joseph Wambaugh became the 1972 movie starring George C. Scott. Both the book and the movie capture the era of the 1970s and the police culture of the time. Written as only a real-life cop could, Wambaugh gave the public a very real glimpse into the darkness surrounding police work and the moral upheaval of the times.

The Onion Field by Joseph Wambaugh

Based on a murder that happened in Hollywood in 1963, The Onion Field was written in 1973 and made into a movie starring James Woods in 1979. This true-crime story highlighted the brutal kidnapping of two cops, one executed, and the aftermath of the incident on the cop who survived. It gives an unflinching look into an unthinkable crime and how the criminal justice system works—or doesn’t.

The Pledge, directed by Sean Penn

This 2001 movie starring Jack Nicholson focuses on a detective’s obsession with finding a little girl’s murderer after promising her parents he’d solve the case. Nicholson’s spiral into alcoholism and depression is all too familiar for detectives who have worked cases with which they’ve gotten too emotionally involved. The death of the killer before he’s revealed only underscores what cops are only too painfully aware of—every case doesn’t get closed.

Dick Wolf created this crime drama in 1999, and it ran until its cancellation in 2010. As a former sex-crimes detective myself, I can say this show did a great job condensing a yearlong investigation and prosecution into an hour-long show. From the crime itself all the way to the trial, with every bump along the way, this drama captured the complexities of prosecuting such sensitive and disturbing cases.

Homicide: A Year on the Killing Streets

Homicide was written by former Baltimore Sun reporter David Simon in 1991 and adapted into the TV show Homicide: Life on the Street, which ran on NBC from 1993-1999. Simon literally takes you into the mean streets of Baltimore with its homicide squad during the crack epidemic of the late ‘80s and early ‘90s. His characters seem like real people because they were and are real people. A hell of a book and a hell of a television show.

See also: First in Series: Homicide: Life on the Street

Once again, David Simon brings Baltimore crime to life in this HBO drama that ran from 2002-2008. This series took reality to a new level by actually casting people from the city and not actors to play various roles. Critically acclaimed for its balance of law enforcement, politics, street life, and the justice system, this show is an eye-opening must-see for any crime fiction fan.

I’ve spoken to a lot of cops over the years, and there’s one thing that we can all agree on: If you’re old enough to remember or lucky enough to have seen it on reruns, Barney Miller is everything a cop show should be. Funny, smart, and achingly honest, this half-hour show gave us some of the most beloved TV cops of all time. From the notoriously bad coffee maker Jack Soo to would-be novelist Ron Glass, the cops who made up the 12th precinct were relatable and hilariously spot on. The show focused on the day-to-day operations of a detective squad—the ups, the downs, the lulls, and the madness. The clothes and phones may be dated, but the experiences are universal. A true classic, watching Barney Miller never gets old.

Why nine and not 10? I’ll leave the 10th spot for you to fill in. That way, if we ever run into each other, we don’t have to get into a debate. I’m sure there’s at least one or two we agree on. So turn on Netflix during these long winter months, catch up on your crime dramas, and enjoy.

What’s your favorite cop drama? Let us know in the comments below!

Lissa Marie Redmond is a retired cold case homicide detective. She handled a number of high-profile cases and has appeared on numerous television shows including Dateline and Murder by Numbers. The first book in her Cold Case Investigation series, A Cold Day in Hell was published in 2018 by Midnight Ink Books. Her short fiction has appeared in Buffalo Noir, Down & Out: The Magazine, and other publications. A member of Sisters in Crime, Mystery Writers of America, and International Thriller Writers, she lives and writes in Buffalo, NY with her family.