April 1, 2020
Wouldn't it be nice to escape to Paris for a little while? Elle Marr has you covered—join her for a list of Parisian thrillers that you can lose yourself in right now, and keep an eye out for Elle's debut thriller about a woman trying to find her missing twin in Paris—The Missing Sister—available now!

Bonus: Leave a comment on this post for a chance to win a copy of The Missing Sister!

Despite being the subject of countless romance and literary fiction novels, the City of Light also wields the dark and disturbing ambience for thrillers. Dead end pedestrian streets, loose cobblestone, underground lairs, and mass graves stemming from epidemics offer up the perfect setting for a tense narrative. Get transported to Paris’ atmospheric arrondissements in each of the following stories. 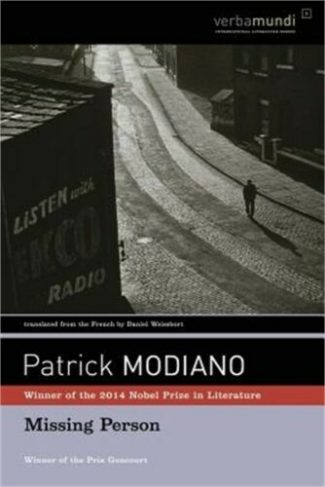 Winner of the Prix Goncourt & Nobel Prize in Literature 2014, French author Patrick Modiano is not well known among English-speaking audiences—but that should change. His translated crime fiction novel Missing Person (from Rues des Boutiques Obscures) presents Paris at its darkest—both in the physical sense, portraying every café and chance meeting on a bridge in a cloud of suspicion; and figuratively, as his narrator pursues the identity he lost in the murky days of the Paris Occupation. If you get the chance to read it in French, even better. Modiano’s style has a haunting effect that will have you questioning whether he’s reinvented the unreliable narrator, or exposing our own unpredictable nature. One part J.D. Salinger and two parts Tana French. 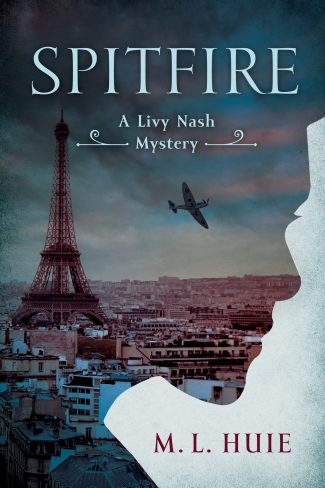 This taut spy thriller begins with V-E Day in 1946 London and its gutsy heroine, Livy Nash, reaching for a drink. During World War II, she quickly became one of the toughest agents in France, but her war ended with betrayal and the execution of her lover. Now, Livy spends her days proofreading a column for well-behaved ladies, and her nights alone with black market vodka. When Livy crosses paths with Ian Fleming—yes, THE Ian Fleming—and an opportunity arises to track down the traitor who killed the only man she ever loved, she returns to Paris. Huie does a great job of recreating Post-War England and France, while wielding a distinctly modern heroine. Spitfire highlights the roles that women played during WWII, and the toll it took on them afterward, even as well-loved espionage themes show up here in full force. Both flawed and redeemed, Livy’s assertive M.O. only carries her so far as she realizes no one can be trusted—everyone knows more than they let on. Entertaining as it is emotional, this quick read is a not-so-covert winner. 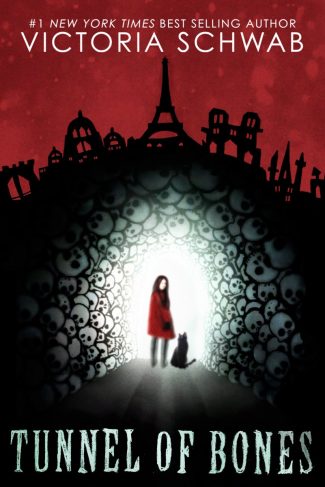 Tunnel of Bones by Victoria Schwab (City of Ghosts series)

The second book in the City of Ghosts series, Tunnel of Bones is a Middle Grade read that deserves to be on this list. Trouble is haunting Cassidy Blake in Paris, where Cass’s parents are filming their TV show about the world’s most haunted cities. She and her ghost best friend Jacob (yup, you read that right) soon learn there’s true ghostly danger lurking beneath Paris, in the eerie underground catacombs. When Cass accidentally awakens a frighteningly strong spirit, she must rely on her still-growing skills as a ghost hunter to unravel a mystery. One of my favorite subjects, the Paris Catacombs are an underground network of tunnels and former rock quarries that span much of the city’s modern layout. Although adult readers might not be familiar with Schwab’s City of Ghost series, anyone intrigued by the Paris Catacombs’ disturbing history and reputation, or fans of paranormal TV shows (Ghost Adventures, Scariest Places on Earth) will enjoy. Schwab’s descriptions of Paris both above and belowground gives voice to those delicious fears that cause us to stare into dimly-lit corners, and to quickly turn the page. 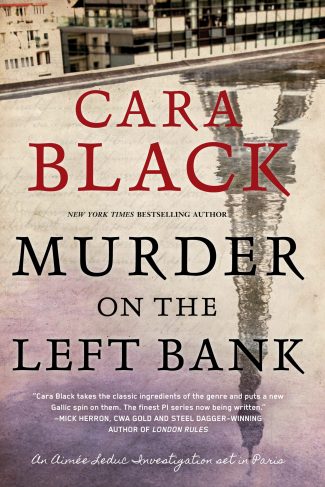 A quintessential author of crime fiction set in Paris, Black has managed to churn out nineteen books featuring her détéctive très chic, Aimée Leduc. Murder on the Left Bank, the eighteenth title in the series, begins with a confession that locks French-American, private investigator Aimée on a collision course with a grid of corrupt cops. When a child is kidnapped while wearing her daughter’s hoodie, Aimée realizes her pursuit of the truth may threaten her personal life in more ways than one. Each book in the series takes place in a different Parisian neighborhood, allowing readers to choose their mental destination du jour. Not to be missed for readers of exacting heroines, and the crooked villains hiding along Paris’ picturesque boulevards. 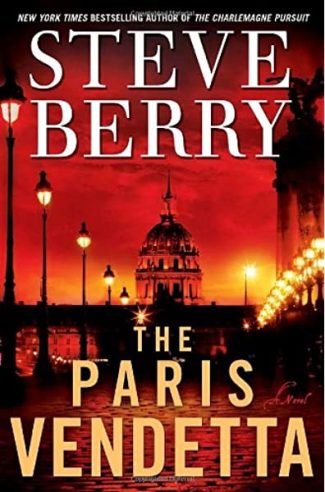 The fifth book in the series, this installment weaves historical fact with modern conspiracy thrills, friendship, and a dash of romance. Berry shifts with ease between the past and the present as he examines Napoleon and the lasting effects of his global exploits. Namely, that when Napoleon Bonaparte died in exile in 1821, he had already stolen countless riches from palaces and national treasuries, but left nothing in his will to suggest the whereabouts of his plundered wealth—or did he? Berry’s present-day protagonist, former Justice Department operative Cotton Malone, works to counter the Paris Club—multimillionaires bent on manipulating the global economy—and avert financial anarchy by hunting down Napoleon’s legendary lost treasure. Not only does Berry elevate his formidable game in this taut thriller, but the breathless journey through the streets of Paris, both in this century and several past, makes this international read a must.

Comment below for a chance to win a copy of The Missing Sister by Elle Marr!

The Missing Sister Comment Sweepstakes: NO PURCHASE NECESSARY TO ENTER OR WIN.  A purchase does not improve your chances of winning.  Sweepstakes open to legal residents of 50 United States, D.C., and Canada (excluding Quebec), who are 18 years or older as of the date of entry.  To enter, complete the “Post a Comment” entry at https://www.criminalelement.com/5-thrillers-set-in-paris-you-should-be-reading/ beginning at 12:00 p.m. Eastern Time (ET) April 1, 2020. Sweepstakes ends at 11:59 a.m. ET April 15, 2020. Void outside the United States and Canada and where prohibited by law. Please see full details and official rules here. Sponsor: Macmillan, 120 Broadway, New York, NY 10271.

Originally from Sacramento, debut author Elle Marr explored the urban wilderness of Southern California before spending three wine-and-cheese-filled years in France, where she earned a master’s degree from the Sorbonne University in Paris. She now lives and writes outside Portland, Oregon, with her husband, son, and one very demanding feline.