5 Thriller Premises I Wish Were My Own 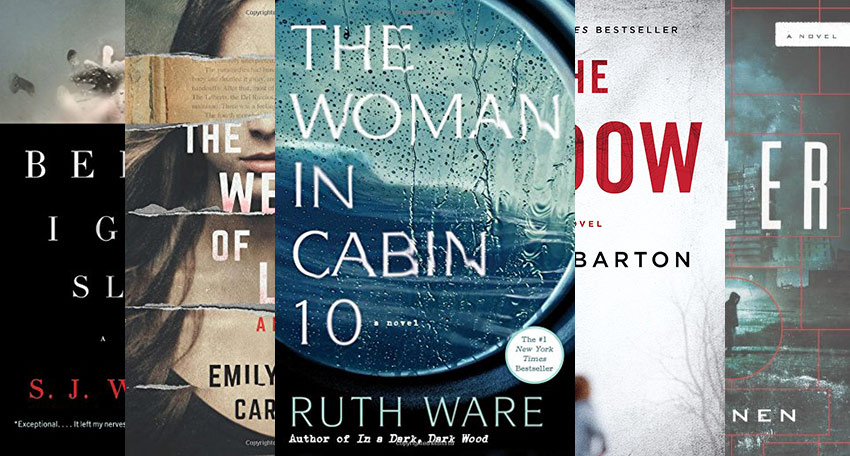 Every once in a while, I come across a book with an idea so cool that I’m simultaneously awed and envious. I’m sure most writers know the feeling. Some books start with an old premise and do a new, never-before-seen take on it, while others come up with something so outlandish yet totally clever that you have to ask yourself: Why on earth didn’t I think of that?

Here are my five favorite thrillers with a premise that makes your jaw drop:

The Woman in Cabin 10 by Ruth Ware

A luxurious boat, a crowd of the ultra-rich who have come to party on a cruise, a struggling travel writer who couldn’t belong any less if she tried—and a mysterious woman who nobody else saw and who seems to have been murdered in the middle of the night without a soul to notice or care. It’s a classic noir premise with a modern twist, and it has a fiendishly smart resolution to match. It appeals to my guilty-pleasure impulse to watch rich people be awful to each other (admit it, it’s fun—or all those reality TV shows wouldn’t exist. You know which ones I mean!) while rooting for the heroine. 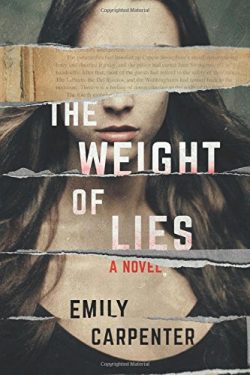 The Weight of Lies by Emily Carpenter

The neglected daughter of an ultra-famous writer-mom (think female Stephen King) travels to a remote hotel to uncover the secret truths behind her mother’s iconic novel. I love books about creatives—especially writers—and the dark extremes they will go to to find inspiration. It’s true; sometimes creative people can be cynical, even heartless, when exploiting their muse in order to get that perfect plot twist. Real-life examples abound.

But did Meg Ashley’s mother base her chilling protagonist on a real, young girl whose whole life was upended because of it? Or is something more nefarious afoot? And what happens when basing fiction on a real case comes back to bite you?

Since we thriller writers love a good ripped-from-the-headlines case, it’s a question every crime fiction author must have asked herself, at least once. The answers may surprise you.

The Widow by Fiona Barton

Jean Taylor’s husband made national news when he was acquitted of the kidnapping (or worse) of a toddler—a crime the public still believes he did commit. And now he’s dead. Will his widow spill the secrets she must have been hiding? She had to have known all along … didn’t she?

Fiona Barton turns the spotlight on this controversial, shadowy wife. Now, I’ve actually written my debut on a similar subject—yet this is one aspect from which I would have shied away. Sometimes I feel like I can understand—or at least guess at—a character’s motivations and the inner workings of their minds, and sometimes I’m at a loss. It’s hard for me to imagine what goes on in the mind of someone like Jean. But Barton gives it a shot nonetheless, and the results are surprising—and convincing.

Before I Go to Sleep by S. J. Watson

This book hardly needs a recap, but here you go: a woman whose long-term memory has been damaged after a head injury tries to piece together the puzzle of her life … when she can only remember a day at a time. What self-respecting thriller writer doesn’t wish she’d thought of that?

It’s also a great example of how the same premise can be executed so differently depending on the writer. Yes, you’ve seen this idea before: in the movie 50 First Dates with Drew Barrymore. Only Before I Go to Sleep is anything but a cute love story. There are lies, betrayals, and shocking secrets, which soon put the narrator’s life in jeopardy. 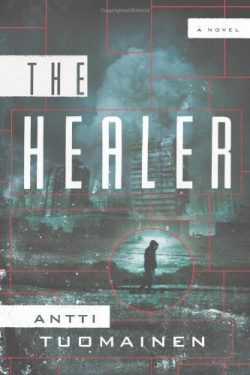 The Healer by Antti Tuomainen

This one is different from the others on this list. It was originally written in Finnish, and compared to the other four, it’s so short that you can breeze through it in a couple of hours. Which is a pity since I could have stayed with that premise for five times the number of pages. I did not want to leave the chilling world Antti Tuomainen created.

The premise is simple yet so compelling: in the not-far-enough future, our world is slowly coming apart at the seams from the effects of global warming. Society is collapsing as cities become uninhabitable, and it’s clear that the age of humanity (as we know it, at least) is coming to an end. Amidst all this, the hero must find his missing wife, who may or may not have been abducted by an eco-terrorist who calls himself the Healer.

The plot itself is uncomplicated (hence the short page count), but the premise and setting make this book unique. Delving into this all-too-realistic scenario was as much fun as trying to figure out the whodunnit. And the ending—some may find it infuriating, but it’s oddly fitting to the uncertainty of Tuomainen’s world.