May 2, 2018
Read Neal Griffin's "5 Things Cops Would Like You to Know," then make sure you're signed in and comment below for a chance to win a copy of his latest Newberg novel, By His Own Hand! 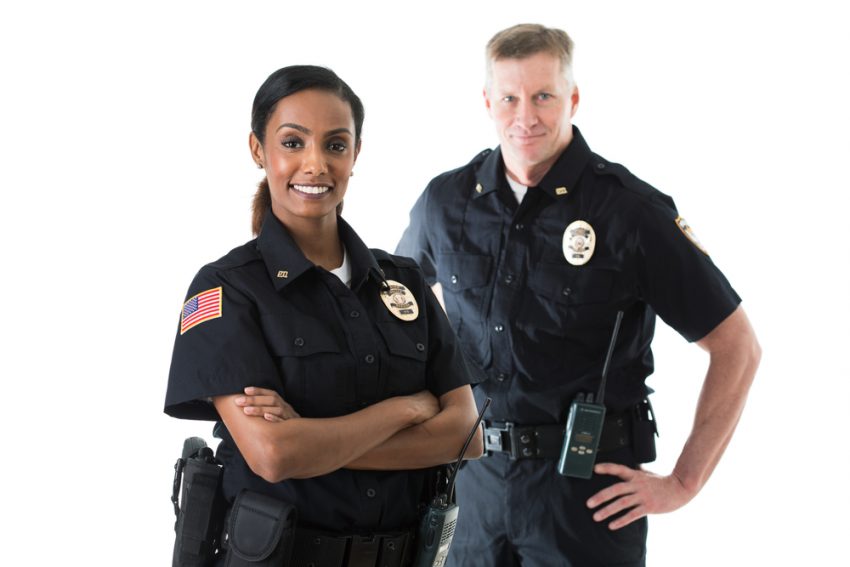 Thirty years is a long time to go without ever really speaking your mind, but that’s precisely what a law enforcement career is. It’s about keeping your opinion to yourself and doing your job. To be sure, Police Chiefs get to pontificate constantly, even though their career path often involves little or no actual police work. Union reps take to the microphone to spout off once in a while, but usually only after somebody really screwed up. But what about a cop on the beat? Good luck trying to get one of them to go on the record about a job-related issue.

What about off the record?

Recently, I reached out to a few of my old partners and colleagues. With a promise of anonymity, I asked them, “What’s something you’d like the public to know about your job as a cop?” Here’s what they said. I’ll bet you can even guess the first one.

Police videos with 10 million views on YouTube DO NOT reflect the reality of law enforcement.

The social media distortion of police work is probably the biggest frustration of modern-day cops. And it should be. Cops get it. They know there are men and women working as police officers who have no business wearing a badge and gun. Police officers are as offended as anyone, if not more so, by what they routinely see on the nightly news. But cops detest the idea of their profession being identified with the worst of the worst.

Several officers I spoke to acknowledged that these viral videos create fear of the police. Police officers understand that sentiment, but some context is needed. Nationwide, more 100,000 citizens have face-to-face contact with a police officer every day. That’s almost 40 million a year. The Bureau of Justice Statistics reports that 90% of people contacted by a police officer believes the officer behaved professionally. Being afraid of the police based on a snippet of video is kind of like refusing to get in a swimming pool after reading Jaws. I use that analogy because of personal experience. Growing up in Wisconsin, my buddy had a backyard pool. It was above ground and usually thick with leaves, but on a muggy Midwestern day, it was a little slice of heaven. I read Benchley’s masterpiece in 1974. I didn’t get back in the pool until Carter was President. Silly, right? Exactly.

The more cameras the better.

Most cops I talked to have no problem with body cameras and video because they have nothing to hide. For every one of the “cops gone wild” videos seen on social media, there are a thousand that show police officers doing the right thing. I can attest to this because, as a police lieutenant, I reviewed countless police videos. Most were pretty boring because police work is often routine and uneventful. Some were damn funny. Cops do end up in some comical situations. Many videos recorded heroic actions by officers coming to the aid of citizens caught up in deadly circumstances. Some even captured human tragedy. But regardless of the scenario, in almost every case, the video showed the cop doing their job professionally. Videos like that rarely top the million views mark.

Please don’t ask me that.

Cops cringe at the question, “Have you ever shot anyone?” Everyone asks, from five-year-old kids to grown adults who ought to know better. For nine out of ten cops (actually, it’s more, but I’m terrible at fractions), the answer they’ll politely give is, “No. Thankfully I haven’t.” The answer they want to give is, “No, and why would you ask me that? Cops help people: resolve disputes, protect, and serve. And no, you can’t hold my gun.”

As a side note, if a cop has had to take a life, they’d probably rather not talk about it at a backyard barbecue.

The use of hands-on force is exceedingly rare but never pretty. When I say “hands-on,” I’m talking about full-on, physical confrontation. Typically, these situations precede a custodial arrest and officers are already on high alert. But on occasion, officers are attacked with little or no prior warning. In those sorts of skirmishes, the goal of any police officer is to win and win decisively. If that means taking advantage of superior numbers and tactics and the use of specialized defensive weapons, so be it. And, yes, it can get ugly. Fortunately, these sorts of confrontations are rare, occurring in far less than 1% of police/citizen contacts. Police officers are trained to “talk people into handcuffs,” and that is always the preferred method.

We know how fortunate we are.

Cops know that to be a police officer is a privilege. They realize the overwhelming majority of folks in all communities, large and small, throughout the country, support and respect their local police. Working conditions, training, and equipment have never been better. The men and women hired as cops in the 21st century come from all walks of life. They are professional and dedicated. It’s a great way to make a living, and cops are honored to have the opportunity to serve.

It was warmly nostalgic talking with old friends about their work and getting them to open up. Funny, nearly every one of them turned the situation around and asked me: do you miss it? That’s an easy one. Do I miss being a 50-year-old police lieutenant riding a desk? Not really. Do I miss being a young-buck beat cop, sitting in the driver’s seat of a black and white, working a uniform patrol shift with my sworn brothers and sisters? Man, put me in a time machine because I’d go back tomorrow.

Comment below for a chance to win a copy of By His Own Hand by Neal Griffin!

By His Own Hand Comment Sweepstakes: NO PURCHASE NECESSARY TO ENTER OR WIN.  A purchase does not improve your chances of winning.  Sweepstakes open to legal residents of 50 United States, D.C., and Canada (excluding Quebec), who are 18 years or older as of the date of entry.  To enter, complete the “Post a Comment” entry at https://www.criminalelement.com/5-things-cops-would-like-you-to-know-comment-sweepstakes beginning at 2:00 p.m. Eastern Time (ET) May 2, 2018. Sweepstakes ends 1:59 p.m. ET May 18, 2018. Void outside the United States and Canada and where prohibited by law. Please see full details and official rules here. Sponsor: Macmillan, 175 Fifth Ave., New York, NY 10010.

Neal Griffin is a retired law enforcement officer in San Diego County and the L.A. Times bestselling author of the Newberg Series published by Forge Books. Bookreporter wrote: “Neal Griffin is a gem. He combines firsthand experience with a storyteller’s voice and a small-town America setting to create a book that you will be compelled to read in one sitting.” Neal’s most recent novel, By His Own Hand, was released in April 2018; Tess Gerritsen wrote of it, “Add Neal Griffin to your list of must-read crime writers.”