5 Reasons Why Women are Killing the Suspense Game 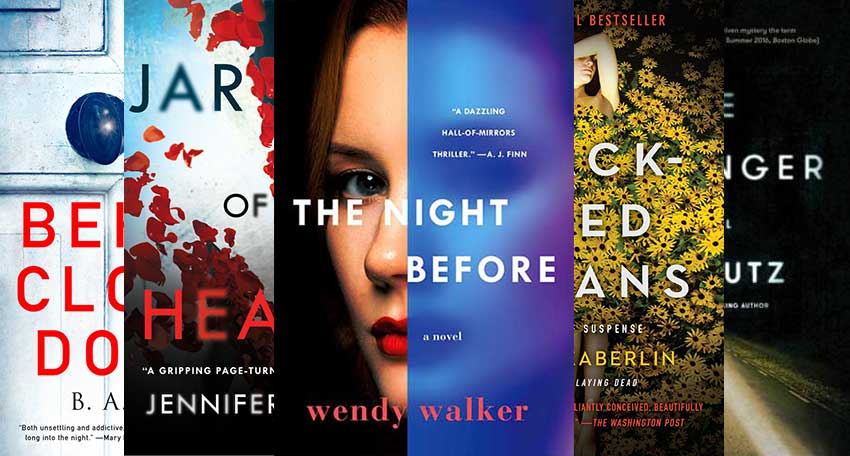 Women are having a moment in the suspense genre. Look on any bestseller list, and there we are, pressed between the Harlan Cobens and the Lee Childs—these books written by, marketed to, and starring women. They have pretty titles and prettier covers, with images designed to appeal to female readers.

Even so, readers should not be fooled by the jackets. Our stories are gritty and real, featuring heroines who are no shrinking violets. We aren’t just having a moment, we are bending the way crime stories are being told, and judging by the sales numbers, readers are responding. Here are five reasons why I think that is, as well as some authors who are getting it right.

We Are Done Playing Victim

Yes, women are often at the receiving end of violence and crime, which is why it’s so interesting to read about crime from a woman’s perspective. But today’s stories feature heroines who are fighting back, getting even, saving the day, solving the crime, killing the bad guys, kicking ass. Our characters don’t sit back and wait for a man to save them. They have the resources and strength to determine their own fates.

The Read: The Night Before by Wendy Walker

A woman disappears after a blind date with a man she meets online, but who’s in danger here? Walker gives her character a dark backstory and the reader cause to worry what she’s going to do when she finds out the man is lying. (Read More: Wendy Walker on How a Few Bad Online Dates Led to The Night Before.)

A Focus on Relationships

Crime doesn’t just happen in a vacuum. It sends out shockwaves, both to the killer’s and the victim’s families. Our stories may start with an act of violence, but their charm is in taking a good, long look at the aftereffects. What happens when you discover your husband is a murderer? How far would you go to protect or avenge your child or sibling? How our characters respond is where things get really interesting.

The sole survivor of a serial killer is now a single mother who would do anything to protect her teenage daughter. Especially when she discovers the killer might still be out there and is taunting her with a trail of clues.

Female readers don’t just want to know what happens in a story, they want to know how that makes the characters feel. They want their own hearts to beat faster during tense scenes or their eyes to fill with tears when the character is sad, and women authors are delivering. We give them action on the page, but we write it in a way that conjures up real, visceral emotions for the reader.

The Read: Behind Closed Doors by B.A. Paris

A beautiful, perfect couple where things are not as it seems. This book is dark and terrifying and gripping. I didn’t breathe the entire time I read it.

Our Stories Are Relatable

As the ones who are all too often victim of a crime, women bring a unique perspective to the table. Our stories are relatable. They’re real. We are coming up with what-if scenarios every woman can imagine themselves in. Women read our stories and think, that could have been me. What would I have done?

The Read: The Passenger by Lisa Lutz

A woman is chased by a crime that was no fault of her own, forcing her underground. She has to construct new identities for herself, then discards them when people from her past get too close. I felt her terror and frustration every step of the way.

Real people have flaws. They make bad choices, do things that others might consider immoral or unethical, and the same goes with heroines. Gone are the days when they have to be perfect to be likeable. Today’s readers want a heroine who makes mistakes, then finds a way to dig herself out. Our heroines are interesting and complicated, and they don’t always do what’s right.

The Read: Jar of Hearts by Jennifer Hillier

A woman commits a gruesome crime, then spends fourteen years of her life paying for it. Hillier gives us a character who did something unforgivable, and yet she was utterly likable. Even when I found out what she did, I was still rooting for her.

There are a million other reasons why women authors are killing it these days, and a million other novels I could have mentioned. There’s a tendency in our culture to push women and minorities to the margins, and literature has historically been a way of fighting back. Today’s readers are hungry for characters who reflect their lives, and women authors are delivering. 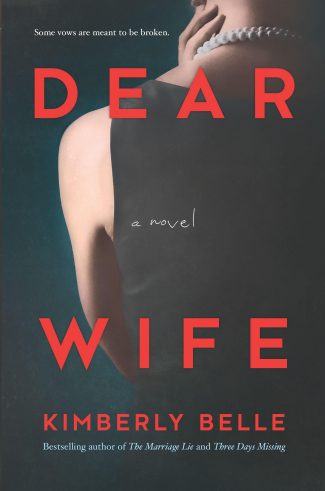 Beth Murphy is on the run…

For nearly a year, Beth has been planning for this day. A day some people might call any other Wednesday, but Beth prefers to see it as her new beginning—one with a new look, new name and new city. Beth has given her plan significant thought, because one small slip and her violent husband will find her.

A couple hundred miles away, Jeffrey returns home from a work trip to find his wife, Sabine, is missing. Wherever she is, she’s taken almost nothing with her. Her abandoned car is the only evidence the police have, and all signs point to foul play.

As the police search for leads, the case becomes more and more convoluted. Sabine’s carefully laid plans for her future indicate trouble at home, and a husband who would be better off with her gone. The detective on the case will stop at nothing to find out what happened and bring this missing woman home. Where is Sabine? And who is Beth? The only thing that’s certain is that someone is lying and the truth won’t stay buried for long.

Comment below for a chance to win a copy of Dear Wife by Kimberly Belle!

Dear Wife Comment Sweepstakes: NO PURCHASE NECESSARY TO ENTER OR WIN.  A purchase does not improve your chances of winning.  Sweepstakes open to legal residents of 50 United States, D.C., and Canada (excluding Quebec), who are 18 years or older as of the date of entry.  To enter, complete the “Post a Comment” entry at http://www.criminalelement.com/5-reasons-why-women-are-killing-the-suspense-game/ beginning at 3:00 p.m. Eastern Time (ET) July 1, 2019. Sweepstakes ends at 2:59 p.m. ET July 15, 2019. Void outside the United States and Canada and where prohibited by law. Please see full details and official rules here. Sponsor: Macmillan, 120 Broadway, New York, NY 10271.

Kimberly Belle is the USA Today and Wall Street Journal bestselling author of five novels of suspense. Her third, The Marriage Lie, was a semifinalist in the 2017 Goodreads Choice Awards for Best Mystery & Thriller and has been translated into a dozen languages. A graduate of Agnes Scott College, Kimberly worked in marketing and nonprofit fundraising before turning to writing fiction. She divides her time between Atlanta and Amsterdam.