I set my second novel in Cuba in the closing months of 1958, when American power brokers in Washington—namely the CIA, FBI, White House, and State Department—dithered between support for the corrupt but reliably pro-American Batista regime and the popular but largely unknown Castro-led rebellion. The tension between democratic ideals and predictable tyranny was on fully display.

Cuba was also a Caribbean paradise that attracted American tourists interested in the casinos, the white sand beaches, and the sex clubs, and it also drew investment from the American mafia. Sun, sand, sex, corruption, civil war. These were the ingredients of the time that drew American journalists, weekend tourists, and soldiers of fortune to Havana in 1958. These same elements drew me to set my novel there. The Cold War was thousands of miles away on the Korean Peninsula and Eastern Europe. It would arrive on the island in twelve months.

Setting may be the novelist’s first critical choice. Choice of setting carries with it the things that draw characters to place, and it establishes a novel’s atmosphere. Setting isn’t an illustrator’s presentation of a location—although that can be a part of setting—but it is the mood and ambiance of a place that evokes the imaginary world of a story. Setting provides the reader with an understanding of the yearnings, fears, attractions, and possibilities that are available to characters who find themselves at a unique moment in a particular place. Why are so many spy novels set in Berlin in 1963? Why not Chicago or Liverpool?

Here are my five reasons why 1950s-era Cuba is the perfect setting for a Cold War novel.

Cuba is part Spain, part Africa, part Americas, and its native national identity is a fusion of these three alien cultures. The Spanish conquistadores exterminated what they found when they arrived. Then, they brought slaves shipped from Africa, who brought with them their rhythms and their voodoo. And later, much later, the Americans arrived. First to expel the Spanish in the short conflict of 1898, and then as sugar magnates, gambling syndicates, and tourists in the 1950s. Civil War in Cuba became a personification of two very different men: Fulgencio Batista, an Army sergeant with little education who came to power in a coup d’état in 1953, and Fidel Castro, son of a plantation owner, with a medical degree from Havana University, who was highly literate, widely read, and surrounded by shadowy communist figures like Che Guevara. The conflict became a choice between ruthless repression by a hated secret police and the dreamy promise of egalitarianism. Every Cuban had an opinion; every Cuban had something to gain or lose. The world was watching.

Havana drew many Hollywood entertainers who were paid to headline casinos and act as front men. George Raft was hired to be the “meeter and greeter” at the Hotel Capri. Errol Flynn went to Cuba in 1957 openly expressing sympathy for Castro. Frank Sinatra and Ava Gardner were in Havana in the early 1950’s on their honeymoon. Marlon Brando went. So did Jack Kennedy. It was widely known that Ernest Hemingway made his home on the beach just outside of Havana.

Havana attracted the Mafia, who found the reliably corrupt Cuban government a good business partner. The ninety-mile distance to Florida was small enough to draw tourists but wide enough to avoid the long arm of the FBI. Meyer Lansky owned The Riviera and other hotels; Vito Genovese, Santo Trafficante, and Albert Anastasia all sought to make a move in Cuba.

Americans were drawn to Havana’s exotic dancers and live sex shows, which offered the taste of scandal they couldn’t get at home. The Shanghai, Havana’s notorious sex club, featured Superman, who appeared in Frances Ford Coppola’s The Godfather. It also attracted writer Graham Greene, who researched his novel Our Man In Havana on several trips to the city. Of the infamous strip club, Greene wrote in his autobiography: “We had been to the Shanghai, and we had watched without much interest Superman’s performance with a mulatto girl (as uninspiring as a dutiful husband).”

Scandal, civil war, idealistic men fighting for a better life for their children. All this gathered together in the harsh glare of a tropical sun. I saw this and I said to myself: a good setting for a Cold War thriller.

Paul Vidich was a senior executive in the entertainment industry for over twenty years. After leaving his business career he turned to writing full time. He serves on the boards of The New School for Social Research and Poets and Writers. His first novel, An Honorable Man, was published by Atria/Emily Bestler Books. His second novel, The Good Assassin, published April 2017, is set in Cuba. 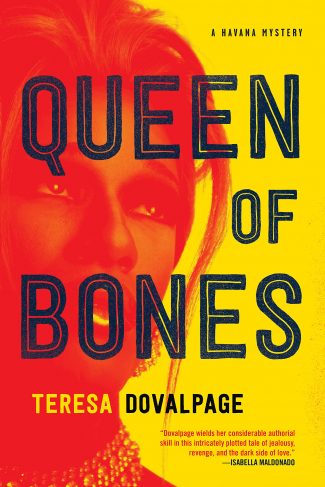 Teresa Dovalpage’s latest murder mystery Queen of Bones explores lingering grudges between old friends and lovers separated by Castro’s final sanctioned raft exodus. Teresa Dovalpage has written a truly atmospheric mystery that delves deep into the theme of homecoming and all the secrets we think we leave behind. The novel’s greatest strength lies in Dovalpage’s excellent… 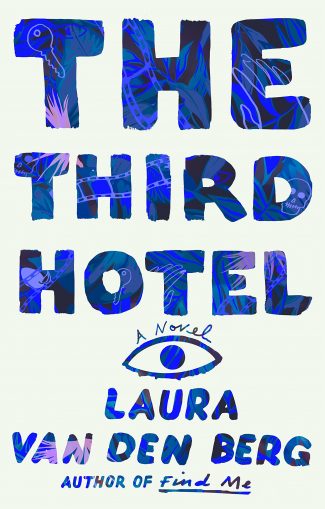 The Third Hotel by Laura van den Berg is a propulsive, brilliantly shape-shifting novel and a surreal, mystifying story of psychological reflection and metaphysical mystery from an inventive author at the height of her narrative powers. In Havana, Cuba, a widow tries to come to terms with her husband’s death―and the truth about their marriage. Shortly… 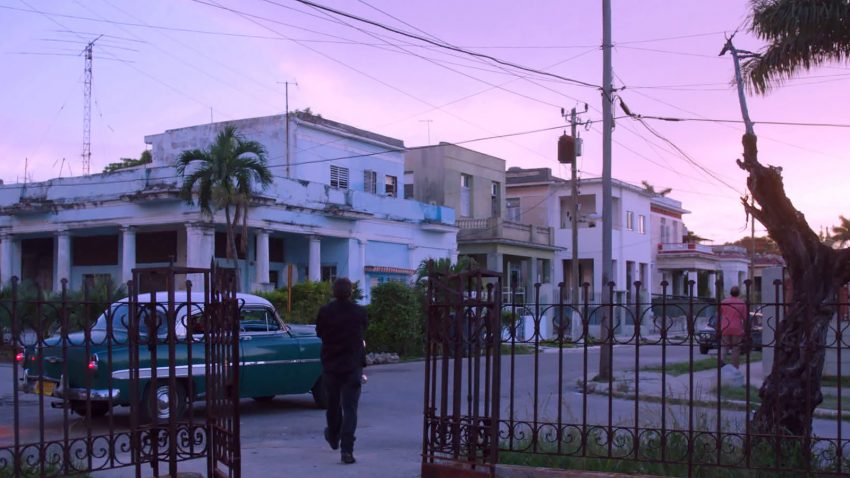 Leonardo Padura is Cuba’s best-known author—though anyone other than a specialist would struggle to name another Cuban writer—and a winner of the Princess of Asturias Award, the Spanish-speaking world’s Nobel Prize for Literature. But up here in El Norte, we know him mostly for four detective novels he wrote in the 1990s featuring Lieutenant Mario…