A new Sophie Hannah and Nelson DeMille highlight an awesome week of books! See what else we're reading:

Keep Her Safe by Sophie Hannah

She's the most famous murder victim in America. What if she's not dead?

Pushed to the breaking point, Cara Burrows flees her home and family and escapes to a five-star spa resort she can't afford. Late at night, exhausted and desperate, she lets herself into her hotel room and is shocked to find it already occupied—by a man and a teenage girl.

A simple mistake at the front desk … but soon Cara realizes that the girl she saw alive and well in the hotel room is someone she can't possibly have seen: the most famous murder victim in the country, Melody Chapa, whose parents are serving natural life sentences for her murder.

Cara doesn't know what to trust—everything she's read and heard about the case, or the evidence of her own eyes. Did she really see Melody? And is she prepared to ask herself that question and answer it honestly if it means risking her own life?

The Cuban Affair by Nelson DeMille

Daniel Graham MacCormick—Mac for short—seems to have a pretty good life. At age thirty-five he’s living in Key West, owner of a forty-two-foot charter fishing boat, The Maine. Mac served five years in the Army as an infantry officer with two tours in Afghanistan. He returned with the Silver Star, two Purple Hearts, scars that don’t tan, and a boat with a big bank loan. Truth be told, Mac’s finances are more than a little shaky.

One day, Mac is sitting in the famous Green Parrot Bar in Key West, contemplating his life, and waiting for Carlos, a hotshot Miami lawyer heavily involved with anti-Castro groups. Carlos wants to hire Mac and The Maine for a ten-day fishing tournament to Cuba at the standard rate, but Mac suspects there is more to this and turns it down. The price then goes up to two million dollars, and Mac agrees to hear the deal, and meet Carlos’s clients—a beautiful Cuban-American woman named Sara Ortega, and a mysterious older Cuban exile, Eduardo Valazquez.

What Mac learns is that there is sixty million American dollars hidden in Cuba by Sara’s grandfather when he fled Castro’s revolution. With the “Cuban Thaw” underway between Havana and Washington, Carlos, Eduardo, and Sara know it’s only a matter of time before someone finds the stash—by accident or on purpose. And Mac knows if he accepts this job, he’ll walk away rich…or not at all.

Capitaine Roger Blanc, an investigator with the anti-corruption-unit of the French Gendarmerie, was a bit too successful in his investigations. He finds himself removed from Paris to the south of France, far away from political power. Or so it would seem.

The stress is too much for his marriage, and he attempts to manage the break up while trying to settle into his new life in Provence in a 200-year-old, half-ruined house. At the same time, Blanc is tasked with his first murder case: A man with no friends and a lot of enemies, an outsider, was found shot and burned. When a second man dies under suspicious circumstances in the quaint French countryside, the Capitaine from Paris has to dig deep into the hidden, dark undersides of the Provence he never expected to see.

Read an excerpt from Murderous Mistral, then check out Doreen Sheridan's review!

An Echo of Murder by Anne Perry

In the course of his tenure with the Thames River Police, Commander Monk has yet to see a more gruesome crime scene: a Hungarian warehouse owner lies in the middle of his blood-sodden office, pierced through the chest with a bayonet and eerily surrounded by seventeen candles, their wicks dipped in blood. Suspecting the murder may be rooted in ethnic prejudice, Monk turns to London’s Hungarian community in search of clues but finds his inquiries stymied by its wary citizens and a language he doesn’t speak. Only with the help of a local pharmacist acting as translator can Monk hope to penetrate this tightly knit enclave, even as more of its members fall victim to identical brutal murders. But whoever the killer, or killers, may be—a secret society practicing ritual sacrifice, a madman on a spree, a British native targeting foreigners—they are well hidden among the city’s ever-growing populace.

With the able assistance of his wife—former battlefield nurse Hester, who herself is dealing with a traumatized war veteran who may be tangled up in the murders—Monk must combat distrust, hostility, and threats from the very people he seeks to protect. But as the body count grows, stirring ever greater fear and anger among the Hungarian émigrés, resistance to the police also increases. Racing time and the rising tide of terror all around him, Monk must be even more relentless than the mysterious killer, or the echoes of malice and murder will resound through London’s streets like a clarion of doom.

The Scarred Woman by Jussi Adler-Olsen

Detective Carl Mørck of Department Q, Copenhagen's cold cases division, meets his toughest challenge yet when the dark, troubled past of one of his own team members collides with a sinister unsolved murder.

In a Copenhagen park the body of an elderly woman is discovered. The case bears a striking resemblance to another unsolved homicide investigation from over a decade ago, but the connection between the two victims confounds the police. Across town a group of young women are being hunted. The attacks seem random, but could these brutal acts of violence be related? Detective Carl Mørck of Department Q is charged with solving the mystery.

Back at headquarters, Carl and his team are under pressure to deliver results: failure to meet his superiors’ expectations will mean the end of Department Q. Solving the case, however, is not their only concern. After an earlier breakdown, their colleague Rose is still struggling to deal with the reemergence of her past—a past in which a terrible crime may have been committed. It is up to Carl, Assad, and Gordon to uncover the dark and violent truth at the heart of Rose’s childhood before it is too late. 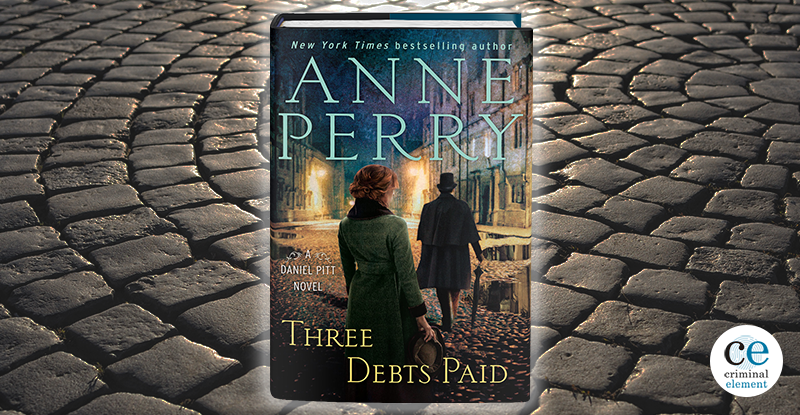