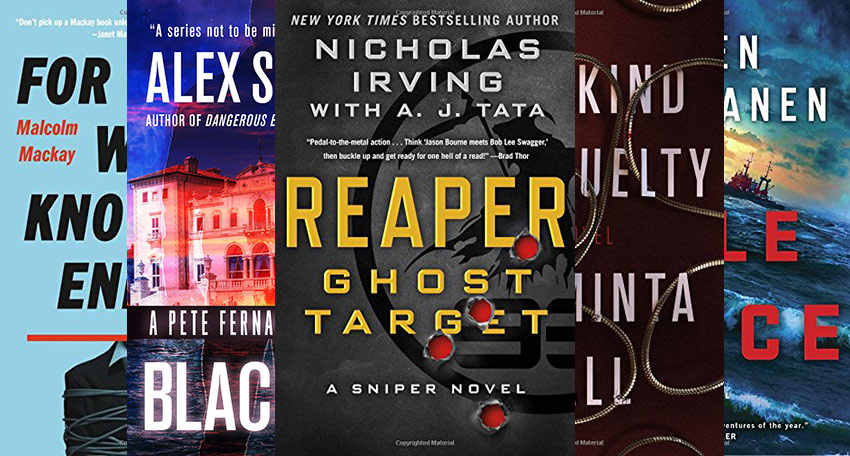 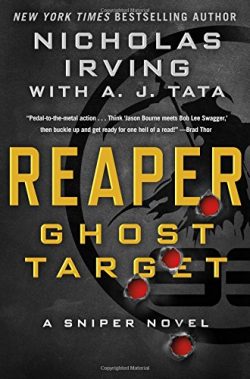 Reaper: Ghost Target by Nicholas Irving, with A. J. Tata

Vick “The Reaper” Harwood is an esteemed sniper with a record kill count―33 kills in 90 days―when he is knocked out under mortar attack in Afghanistan. He wakes up back in the United States with little memory of what happened, his spotter and gun both unrecovered from the battlefield. Harwood has resigned himself to slowly picking up the pieces of his life, training Special Forces snipers in Fort Bragg, North Carolina, and starting a promising relationship with an Olympic medalist named Jackie.

But when a series of assassinations start occurring in the area, Harwood can’t explain why he just happens to be nearby for each killing―or how a sniper rifle that matches the description of the one he lost seems to be involved. His memory of the past few days is hazy and full of blackouts, and even he has to wonder, is he being framed? Or is he the killer?

As Harwood runs from the authorities, his girlfriend falls off the radar, his missing spotter resurfaces, and the assassinated men are outed as drug and sex traffickers. Nothing is adding up. Harwood realizes he has to unravel this mystery, and fast, or find himself paying the ultimate price for crimes he may not have committed. 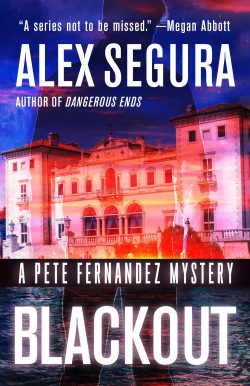 Startling new evidence in a cold case that’s haunted Pete Fernandez drags the exiled PI back to his hometown of Miami. But as Pete and his partner Kathy Bentley delve deeper into the unsolved murder, they become entangled in Miami’s obsession with a charismatic and dangerous cult leader and his even more menacing followers. At the same time, the detectives find themselves at odds with a Florida politician’s fixation on wealth, fame and power. It all converges in the heart of the Magic City and Pete is left scrambling to pick up the pieces―or die trying.

The Pete Fernandez novels have always run on two tracks: the long-buried Miami mystery that Pete is forced to solve and Pete’s often unpredictable evolution from self-destructive alcoholic to somewhat functional private eye. In Blackout, those two tracks blend into one dark, personal, and deadly tale of dangerous obsession that will leave Pete Fernandez completely changed. It’s all been building to this.

Read Scott Alderberg’s review of Blackout, check out this Q&A with Alex Segura, then take a visual tour with GIFnotes! 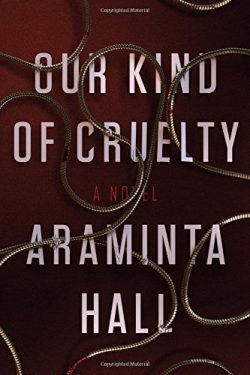 Our Kind of Cruelty by Araminta Hall

Mike Hayes fought his way out of a brutal childhood and into a quiet, if lonely, life before he met Verity Metcalf. V taught him about love, and in return, Mike has dedicated his life to making her happy. He’s found the perfect home, the perfect job; he’s sculpted himself into the physical ideal V has always wanted. He knows they’ll be blissfully happy together.

It’s all just part of the secret game they used to play. If Mike watches V closely, he’ll see the signs. If he keeps track of her every move, he’ll know just when to come to her rescue…

Read an excerpt from Our Kind of Cruelty! 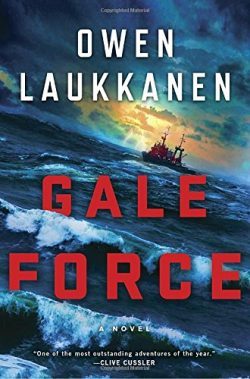 In the high-stakes world of deep-sea salvage, an ocean disaster can mean a huge payoff—if you can survive the chase.

McKenna Rhodes has never been able to get the sight of her father’s death out of her mind. A freak maritime accident has made her the captain of the salvage boat Gale Force, but it’s also made her cautious, sticking closer to the Alaska coastline. She and her crew are just scraping by, when the freighter Pacific Lion, out of Yokohama, founders two hundred miles out in a storm.

This job is their last chance—but there is even more at stake than they know. Unlisted on any manifest, the Lion‘s crew includes a man on the run carrying fifty million dollars in stolen Yakuza bearer bonds. The Japanese gangsters want the money. The thief’s associates want the money. Another salvage ship, far bigger and more powerful than Gale Force, is racing to the rendezvous as well. And the storm rages on. If McKenna can’t find a way to prevail, everything she loves—the ship, her way of life, maybe even her life itself—will be lost. 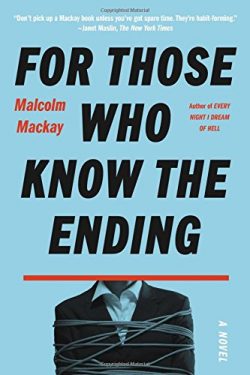 For Those Who Know the Ending by Malcolm Mackay

Martin Sivok is in trouble. Tied to a chair, plastic strips biting his wrists, inside a deserted warehouse. . . There are only so many ways this scenario can end, most of them badly. For now, his best hope is figuring out who put him here–and staying conscious long enough to confront them.

To stay awake he reviews the past year of his life: evading the law in the Czech Republic by running to Glasgow, settling into a borderline respectable relationship with his landlady, and getting back into the life at the very bottom of the criminal ladder, alongside Usman Kassar, a cocky, goofy kid anxious to prove himself.

The job should be simple: Smash heads, grab cash, run. The trouble with being two outsiders is, you don’t always know whose heads are too dangerous to crack, or whose cash is too hot to handle…

The latest psychological thriller from Araminta Hall, Imperfect Women, explores guilt and retribution, love and betrayal, and the compromises we make that alter our lives irrevocably. Author Araminta Hall had the difficult task of following up her previous novel, Our Kind of Cruelty, which was voted the best book of 2018 by both Crime Reads…