This week, David Rosenfelt returns to his Doug Brock series and Clare Mackintosh delivers another twisting psychological thriller! See what else we're reading:

Fade to Black by David Rosenfelt

After getting shot in the line of duty, New Jersey state police officer Doug Brock has been busy rebuilding his life. He’s reunited with his fiancé and started to get some of his memories back. He hopes he can continue to recover with the help of an amnesia support group and that the damage from his past isn’t permanent.

It isn’t until fellow group member Sean Conner approaches him after a meeting that Doug realizes the trouble is just beginning. Sean has discovered in his attic what can only be called a scrapbook of a murder victim, but he has no recollection of the girl’s identity or why he might have gathered this information. Doug agrees to help and convinces his captain to open what had been a cold case. When he discovers that he had a personal connection to this case, suddenly he’s questioning everything he thought he knew about the case, about Sean, and about his own past.

Read an excerpt from Fade to Black while sipping a “Fade to Stout” beer, inspired by the book!

The Echo Killing by Christi Daugherty

A city of antebellum architecture, picturesque parks, and cobblestone streets, Savannah moves at a graceful pace. But for Harper McClain, the timeless beauty and culture that distinguishes her home’s Southern heritage vanishes during the dark and dangerous nights. She wouldn’t have it any other way. Not even finding her mother brutally murdered in their home when she was twelve has made her love Savannah any less.

Her mother’s killer was never found, and that unsolved murder left Harper with an obsession that drove her to become one of the best crime reporters in the state of Georgia. She spends her nights with the police, searching for criminals. Her latest investigation takes her to the scene of a homicide where the details are hauntingly familiar: a young girl being led from the scene by a detective, a female victim naked and stabbed multiple times in the kitchen, and no traces of any evidence pointing towards a suspect.

Harper has seen all of this before in her own life. The similarities between the murder of Marie Whitney and her own mother’s death lead her to believe they’re both victims of the same killer. At last, she has the chance to find the murderer who’s eluded justice for fifteen years and make sure another little girl isn’t forever haunted by a senseless act of violence―even if it puts Harper in the killer’s cross-hairs…

Read an excerpt from The Echo Killing!

Sometimes I Lie by Alice Feeney

My name is Amber Reynolds. There are three things you should know about me:

Amber wakes up in a hospital. She can’t move. She can’t speak. She can’t open her eyes. She can hear everyone around her, but they have no idea. Amber doesn’t remember what happened, but she has a suspicion her husband had something to do with it. Alternating between her paralyzed present, the week before her accident, and a series of childhood diaries from twenty years ago, this brilliant psychological thriller asks: Is something really a lie if you believe it's the truth?

Read an excerpt from Sometimes I Lie!

Let Me Lie by Clare Mackintosh

The police say it was suicide.
Anna says it was murder.
They're both wrong.

Last year, Tom and Caroline Johnson chose to end their lives, one seemingly unable to live without the other. Their daughter, Anna, is struggling to come to terms with her parents' deaths, unwilling to accept the verdict of suicide.

Now with a baby herself, Anna feels her mother's absence keenly and is determined to find out what really happened to her parents. But as she digs up the past, someone is trying to stop her.

The Purloined Puzzle by Parnell Hall

When the obnoxious sixteen-year-old Peggy Dawson asks Cora Felton to solve a puzzle for her, Cora is delighted to find that the puzzle has been stolen. She is less delighted, however, when a blood-stained knife is found in its place.

Soon a body is discovered in the middle of Main Street, and Cora has a murder investigation on her hands. It does not help matters when she hears that her least favorite ex-husband, Melvin, is in town pulling a real estate scam, particularly when she discovers that Melvin may have purchased the knife. Now it’s up to the Puzzle Lady to figure out what really happened.

Read an excerpt from The Purloined Puzzle, then take a visual tour with GIFnotes! 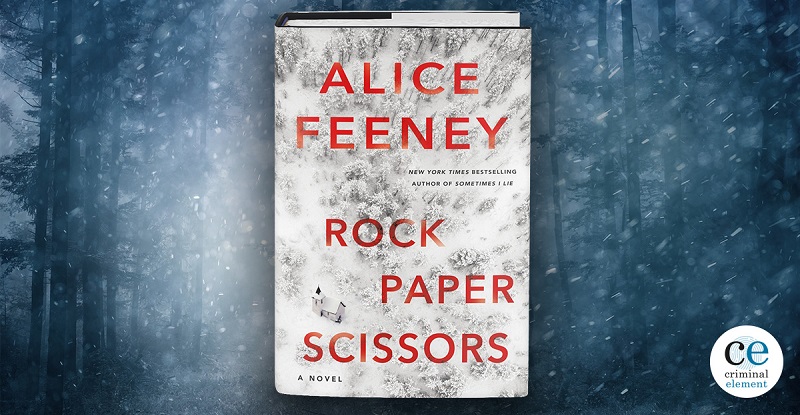 Amelia FEBRUARY 2020 My husband doesn’t recognize my face. I feel him staring at me as I drive, and wonder what he sees. Nobody else looks familiar to him either, but it is still strange to think that the man I married wouldn’t be able to pick me out in a police lineup. I know…