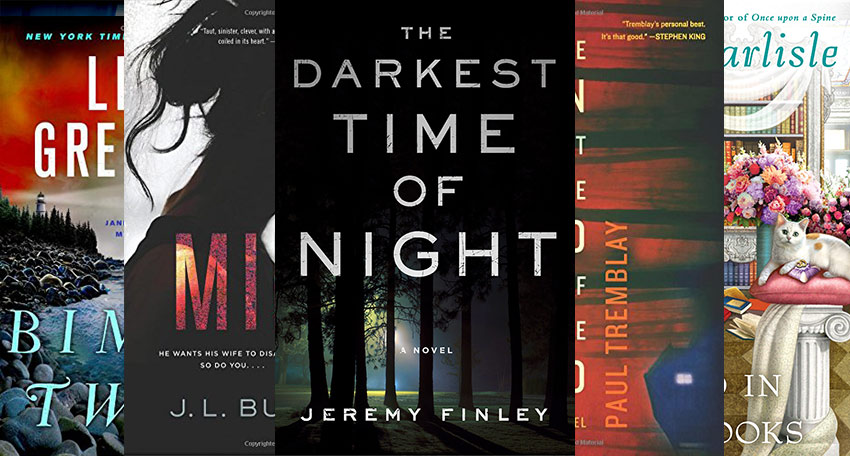 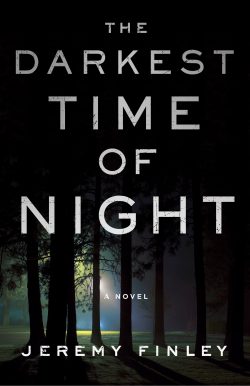 The Darkest Time of Night by Jeremy Finley

“The lights took him.”

When the seven-year-old grandson of U.S. Senator vanishes in the woods behind his home, the only witness is his older brother who whispers, “The lights took him,” and then never speaks again.

As the FBI and National Guard launch a massive search, the boys’ grandmother Lynn Roseworth fears only she knows the truth. But coming forward would ruin her family and her husband’s political career.

In the late 1960s, before she became the quiet wife of a politician, Lynn was a secretary in the astronomy department at the University of Illinois. It was there where she began taking mysterious messages for one of the professors; messages from people desperate to find their missing loved ones who vanished into beams of light.

Determined to find her beloved grandson and expose the truth, she must return to the work she once abandoned to unravel the existence of a place long forgotten by the world. It is there, buried deep beneath the bitter snow and the absent memories of its inhabitants, where her grandson may finally be found.

But there are forces that wish to silence her. And Lynn will find how far they will go to stop her, and how the truth about her own forgotten childhood could reveal the greatest mystery of all time.

Read an excerpt from The Darkest Time of Night, then check out Weston Ochse’s review! 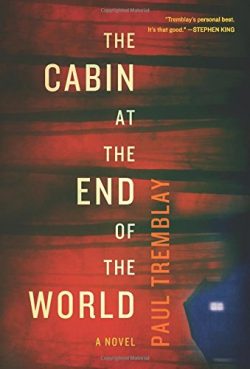 The Cabin at the End of the World by Paul Tremblay

Seven-year-old Wen and her parents, Eric and Andrew, are vacationing at a remote cabin on a quiet New Hampshire lake. Their closest neighbors are more than two miles in either direction along a rutted dirt road.

One afternoon, as Wen catches grasshoppers in the front yard, a stranger unexpectedly appears in the driveway. Leonard is the largest man Wen has ever seen but he is young, friendly, and he wins her over almost instantly. Leonard and Wen talk and play until Leonard abruptly apologizes and tells Wen, “None of what’s going to happen is your fault”. Three more strangers then arrive at the cabin carrying unidentifiable, menacing objects. As Wen sprints inside to warn her parents, Leonard calls out: “Your dads won’t want to let us in, Wen. But they have to. We need your help to save the world.”

Thus begins an unbearably tense, gripping tale of paranoia, sacrifice, apocalypse, and survival that escalates to a shattering conclusion, one in which the fate of a loving family and quite possibly all of humanity are entwined.

Read John Valeri’s review of The Cabin at the End of the World! 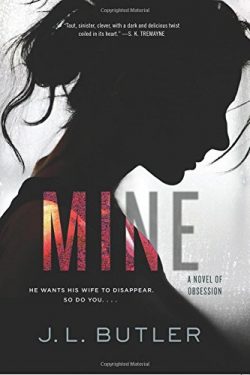 Mine by J. L. Butler

Young divorce lawyer Francine Day has methodically built her career doing everything right. She’s one big case away from securing her place among London’s legal elite. But when she meets her new client, Martin Joy, the natural caution that has protected Francine and fueled her rise melts away. Powerless to fight the irresistible magnetism between them, client and counsel tumble into a blistering affair that breaks every rule.

Though Martin insists his marriage is over, Francine doesn’t believe him. Certain details he’s told her don’t quite add up. Consumed with a passion she cannot control and increasingly obsessed with Martin’s relationship with his wife, Donna, Francine follows the woman one night … and discovers her having dinner with her supposedly soon-to-be-ex-husband.

The next morning, Francine awakens in her neighbor’s apartment with blood on her clothes and no recollection of what transpired after she spied Donna and Martin together. Then Francine receives more devastating news: Martin’s wife has vanished. That dinner was the last place anyone has seen Donna Joy alive.

Suddenly, Francine finds herself caught in a dangerous labyrinth of deception, lies, and secrets, in which one false move could lead to her undoing. What happened that night and why can’t Francine remember? Where is Donna and who is responsible for her disappearance? The further Francine goes to find answers, the tighter the net seems to draw—around her lover, herself, and the life she’s meticulously built.

Read David Cranmer’s review of Mine! 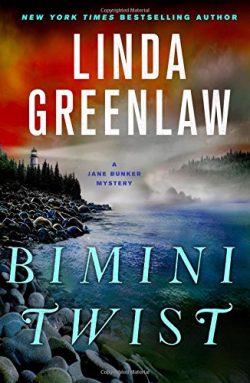 It seems like everyone in Green Haven knows that Jane Bunker has scored an invite to the ultra-exclusive Summer Solstice Soiree―and they all assume she’ll be in attendance, as one of the few eligible single women in town. Of course, that’s the last place Jane would like to be; hobnobbing and making small talk with the upper crust isn’t exactly her idea of a good time. She prefers to put in her hours working as an insurance investigator, and part-time as the deputy sheriff. When she gets to work one morning, the sheriff asks her to take a break on her personal war on drugs―it seems that she’s been so successful catching dealers and interrupting the flow of drugs in the area that she’s called too much attention to just how bad it’s gotten, and the community is worried that all the attention on the drug trade will deter the summer tourists that Green Haven so badly needs to keep the economy going.

Instead, Jane takes on a missing person case―a young woman working at the Bar Harbor Inn has disappeared. The Inn employs foreign exchange students from all over the world during the busy summer season, and the missing Bianca Chiriac is one of them. When it becomes clear that Bianca isn’t just sleeping off a late-night party, Jane is plunged into the underbelly of the resort town, and must find the missing woman before the worst happens.

Read an excerpt from Bimini Twist, then check out Chris Wolak’s review! 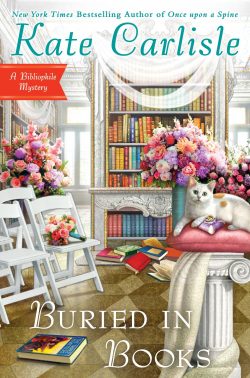 Buried in Books by Kate Carlisle

Brooklyn has it all covered. She’s triple-checked her wedding to-do list, and everything is on track for the upcoming ceremony with the love of her life, security expert Derek Stone.

Not everyone has been as lucky in love as Brooklyn. Her old college roommates Heather and Sara lost touch twelve years ago when Sara stole Heather’s boyfriend. Brooklyn was caught in the middle and hasn’t seen her former besties since their falling-out. When they both show up at her surprise bridal shower, Brooklyn is sure drama will ensue. But she’s touched when the women seem willing to sort out their differences and gift her rare copies of The Three Musketeers and The Red Fairy Book.

Brooklyn’s prewedding calm is shattered when one of her formerly feuding friends is found murdered and Brooklyn determines that one of the rare books is a forgery. She can’t help but wonder if the victim played a part in this fraud, or if she was targeted because she discovered the scam. With a killer and con artist on the loose, Brooklyn and Derek—with the unsolicited help of their meddling mothers—must catch the culprit before their big day turns into a big mess.