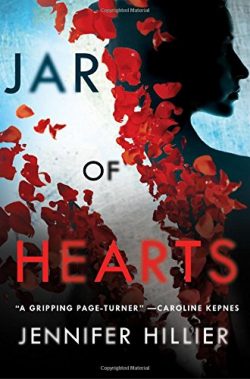 Jar of Hearts by Jennifer Hillier

When she was sixteen years old, Angela Wong―one of the most popular girls in school―disappeared without a trace. Nobody ever suspected that her best friend, Georgina Shaw, now an executive and rising star at her Seattle pharmaceutical company, was involved in any way. Certainly not Kaiser Brody, who was close with both girls back in high school.

But fourteen years later, Angela Wong’s remains are discovered in the woods near Geo’s childhood home. And Kaiser―now a detective with Seattle PD―finally learns the truth: Angela was a victim of Calvin James. The same Calvin James who murdered at least three other women.

To the authorities, Calvin is a serial killer. But to Geo, he’s something else entirely. Back in high school, Calvin was Geo’s first love. Turbulent and often volatile, their relationship bordered on obsession from the moment they met right up until the night Angela was killed.

While everyone thinks they finally know the truth, there are dark secrets buried deep. And what happened that fateful night is more complex and more chilling than anyone really knows. Now the obsessive past catches up with the deadly present when new bodies begin to turn up, killed in the exact same manner as Angela Wong.

Read an excerpt from Jar of Hearts, then check out Thomas Pluck’s review! 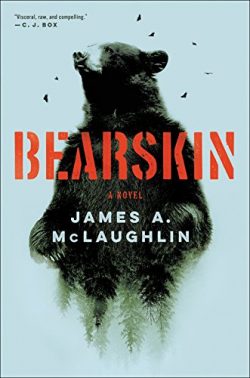 Bearskin by James A. McLaughlin

Rice Moore is just beginning to think his troubles are behind him. He’s found a job protecting a remote forest preserve in Virginian Appalachia where his main responsibilities include tracking wildlife and refurbishing cabins. It’s hard work, and totally solitary—perfect to hide away from the Mexican drug cartels he betrayed back in Arizona. But when Rice finds the carcass of a bear killed on the grounds, the quiet solitude he’s so desperately sought is suddenly at risk.

More bears are killed on the preserve and Rice’s obsession with catching the poachers escalates, leading to hostile altercations with the locals and attention from both the law and Rice’s employers. Partnering with his predecessor, a scientist who hopes to continue her research on the preserve, Rice puts into motion a plan that could expose the poachers but risks revealing his own whereabouts to the dangerous people he was running from in the first place.

James McLaughlin expertly brings the beauty and danger of Appalachia to life. The result is an elemental, slow burn of a novel—one that will haunt you long after you turn the final page. 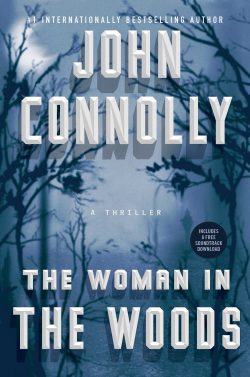 The Woman in the Woods by John Connolly

In the beautiful Maine woods, a partly preserved body is discovered. Investigators realize that the dead young woman gave birth shortly before her death. But there is no sign of a baby.

Private detective Charlie Parker is hired by a lawyer to shadow the police investigation and find the infant but Parker is not the only searcher. Someone else is following the trail left by the woman, someone with an interest in much more than a missing child…someone prepared to leave bodies in his wake.

And in a house by the woods, a toy telephone begins to ring and a young boy is about to receive a call from a dead woman.

Read Ardi Alspach’s review of The Woman in the Woods! 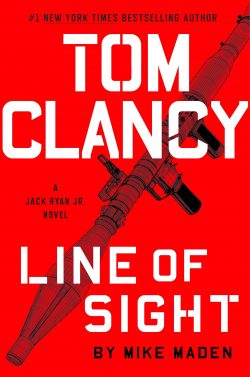 Twenty-six years ago, Dr. Cathy Ryan restored the eyesight of a young Bosnian girl who had been injured during an attack in the Bosnian War. Today, her son, Jack Ryan Jr. has agreed to track down the young woman and deliver a letter from his mother. What he finds shocks them both.

The helpless child has grown into a remarkable woman. Aida Curic is a self-possessed beauty with a big heart and an even bigger secret who runs a controversial refugee agency near Sarajevo. Jack finds himself deeply drawn to both her and her country, but soon finds himself in the crosshairs of the seething ethnic tensions and ancient blood feuds of the Balkans, the region of Europe where empires go to die. If Jack can’t navigate the world of secret service agencies, special operators and local mafias to save Aida, Sarajevo will prove the be the fuse that lights the next world war. 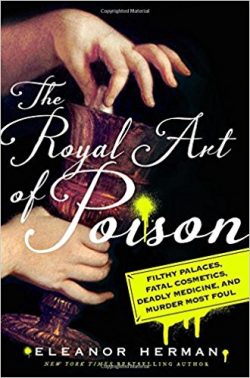 The Royal Art of Poison by Eleanor Herman

The story of poison is the story of power. For centuries, royal families have feared the gut-roiling, vomit-inducing agony of a little something added to their food or wine by an enemy. To avoid poison, they depended on tasters, unicorn horns, and antidotes tested on condemned prisoners. Servants licked the royal family’s spoons, tried on their underpants and tested their chamber pots.

Ironically, royals terrified of poison were unknowingly poisoning themselves daily with their cosmetics, medications, and filthy living conditions. Women wore makeup made with mercury and lead. Men rubbed turds on their bald spots. Physicians prescribed mercury enemas, arsenic skin cream, drinks of lead filings, and potions of human fat and skull, fresh from the executioner. The most gorgeous palaces were little better than filthy latrines. Gazing at gorgeous portraits of centuries past, we don’t see what lies beneath the royal robes and the stench of unwashed bodies; the lice feasting on private parts; and worms nesting in the intestines.

The parents at the center of my novel The Neighbor’s Secret—otherwise law-abiding citizens—justify some very bad behavior in the name of protecting their children. Over-bearing, neglectful, competitive: there are endless ways family members, even well-intentioned ones, can burden each other with toxic cultures and inherited traumas. This is excellent news for crime readers, if not for…