This week, M.C. Beaton pubishes a new Hamish Macbeth Mystery, and Clare Mackintosh delivers a truly chilling psychological thriller! See what else this week brings in the way of books:

The Murder of Willie Lincoln by Burt Solomon

Washington City, 1862: The United States lies in tatters, and there seems no end to the war. Abraham Lincoln, the legitimate President of the United States, is using all his will to keep his beloved land together. But Lincoln’s will and soul are tested when tragedy strikes the White House as Willie Lincoln, the love and shining light in the president’s heart, is taken by typhoid fever.

But was this really the cause of his death? A message arrives, suggesting otherwise. Lincoln asks John Hay, his trusted aide―and almost a son―to investigate Willie’s death. Some see Hay as a gadfly—adventurous, incisive, lusty, reflective, skeptical, even cynical―but he loves the president and so seeks the truth behind the boy’s death.

And so, as we follow Hay in his investigation, we are shown the loftiest and lowest corners of Washington City, from the president’s office and the gentleman’s dining room at Willard’s Hotel to the alley hovels, wartime hospitals, and the dome-less Capitol’s vermin-infested subbasement. We see the unfamiliar sides of a grief-stricken president, his hellcat of a wife, and their two surviving and suffering sons, and Hay matches wits with such luminaries as General McClellan, William Seward, and the indomitable detective Allan Pinkerton.

What Hay discovers has the potential of not only destroying Lincoln, but a nation.

A Cast of Vultures by Judith Flanders

There was every possibility that I was dead, and my brain hadn’t got the memo. Or maybe it was that I wished I were dead. On reflection, that was more likely.

Usually clear-headed editor Samantha Clair stumbles through her post-book-party morning with the hangover to end all hangovers. But before the ibuprofen has even kicked in, she finds herself entangled in an elaborate saga of missing neighbors, suspected arson, and strange men offering free tattoos.

By the time the grisly news breaks that the fire has claimed a victim, Sam is already in pursuit. Never has comedy been so deadly as she faces down a pair from Thugs ’R’ Us, aided by nothing more than a Scotland Yard boyfriend, a stalwart Goth assistant, and an unnerving knowledge of London’s best farmer’s markets.

Death of a Ghost by M.C. Beaton

When Police Sergeant Hamish Macbeth hears reports of a haunted castle near Drim, he assumes the eerie noises and lights reported by the villagers are just local teenagers going there to smoke pot or, worse, inject themselves with drugs. Still, Hamish decides that he and his policeman, Charlie “Clumsy” Carson, will spend the night at the ruined castle to get to the bottom of the rumors once and for all.

There's no sign of any ghost … but then Charlie disappears through the floor. It turns out he's fallen into the cellar. And what Hamish and Charlie find there is worse than a ghost: a dead body propped against the wall. Waiting for help to arrive, Hamish and Charlie leave the castle just for a moment—to eat bacon baps—but when they return, the body is nowhere to be seen.

It's clear something strange—and deadly—is going on at the castle, and Hamish must get to the bottom of it before the “ghost” can strike again…

I See You by Clare Mackintosh

Every morning and evening, Zoe Walker takes the same route to the train station, waits at a certain place on the platform, finds her favorite spot in the car, never suspecting that someone is watching her…

It all starts with a classified ad. During her commute home one night, while glancing through her local paper, Zoe sees her own face staring back at her; a grainy photo along with a phone number and a listing for a website called FindTheOne.com.

Other women begin appearing in the same ad, a different one every day, and Zoe realizes they’ve become the victims of increasingly violent crimes—including murder. With the help of a determined cop, she uncovers the ad’s twisted purpose…A discovery that turns her paranoia into full-blown panic. Zoe is sure that someone close to her has set her up as the next target.

And now that man on the train—the one smiling at Zoe from across the car—could be more than just a friendly stranger. He could be someone who has deliberately chosen her and is ready to make his next move…

Most Dangerous Place by James Grippando

Defending a woman accused of murdering the man who sexually assaulted her, Miami lawyer Jack Swyteck must uncover where the truth lies between innocence, vengeance, and justice in this spellbinding tale of suspense—based on shocking true-life events.

According to the FBI, the most dangerous place for a woman between the ages of twenty and thirty is in a relationship with a man. Those statistics become all too personal when Jack Swyteck takes on a new client tied to his past.

It begins at the airport, where Jack is waiting to meet his old high school buddy, Keith Ingraham, a high-powered banker based in Hong Kong, coming to Miami for his young daughter’s surgery. But their long-awaited reunion is abruptly derailed when the police arrest Keith’s wife, Isabelle, in the terminal, accusing her of conspiring to kill the man who raped her in college. Jack quickly agrees to represent Isa, but soon discovers that to see justice done, he must separate truth from lies—an undertaking that proves more complicated than the seasoned attorney expects.

Inspired by an actual case involving a victim of sexual assault sent to prison for the death of her attacker, James Grippando’s twisty thriller brilliantly explores the fine line between victim and perpetrator, innocence and guilt, and cold-blooded revenge and rightful retribution. 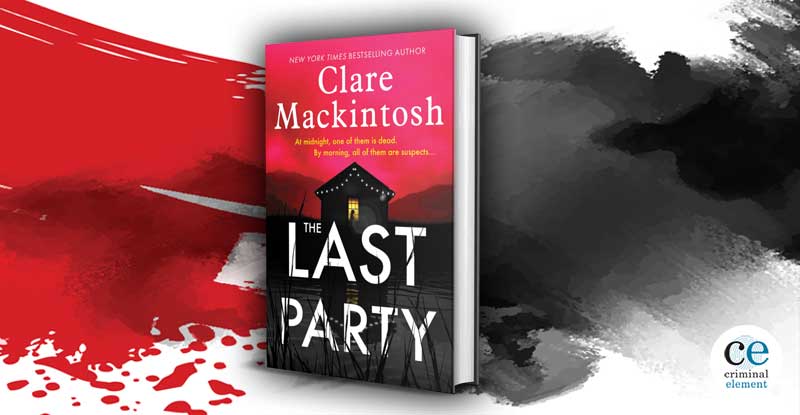 “Reading,” said the writer and aphorist Mason Cooley, “gives us someplace to go when we have to stay where we are.” The world might be starting to open up after the pandemic, but with lots of us staying home this summer what better way to get those travel vibes than a good book? Before I…

In the latest in James Grippando’s Jack Swyteck series, Jack and his family are caught in the crossfire after a deadly school shooting—Florida’s fifth mass shooting in as many years. The title of the latest novel by Miami author James Grippando, Twenty, can be a bit confusing. This is his twenty-ninth novel and the seventeenth… 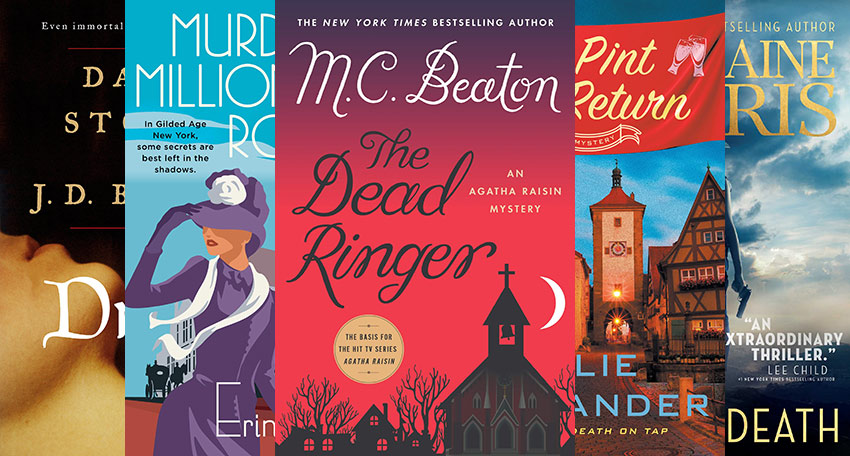 Every Wednesday, we here at Criminal Element will put together a list of Staff Picks of the books that published the day before—sharing the ones that we are looking forward to reading the most! This week, M. C. Beaton’s 29th Agatha Raisin Mystery combines with Dacre Stoker & J.D. Barker’s Dracula prequel, Dracul, to make for a killer week…