Gabe Traylin is face-blind, unable to tell one person from the next. Content to earn his living well away from civilization, he works as an astronomer at an observatory in the earth's driest desert, where no rain has fallen in 400 years. But when he witnesses a murder that he's unable to stop or comprehend, Gabe finds himself drawn into an investigation with disastrous consequences. Unable to provide a description of the killer to the police or explain his own erratic actions, he becomes their suspect in a series of horrific and unexplained mutilations. To discover the truth before he's arrested for crimes he didn't commit, he must put his trust in three strangers: a young traveler with a purpose, a washed-up novelist who believes he's bulletproof, and an alluring woman with a face he'll never see.

Together they unearth the secrets of Chile's fascist past, a time of kidnappings, torture, and political turmoil and venture further into the desert, discovering the secrets of revenge as well as the secrets of themselves.

The One Man by Andrew Gross

Poland. 1944. Alfred Mendl and his family are brought on a crowded train to a Nazi concentration camp after being caught trying to flee Paris with forged papers. His family is torn away from him on arrival, his life’s work burned before his eyes. To the guards, he is just another prisoner, but in fact Mendl―a renowned physicist―holds knowledge that only two people in the world possess. And the other is already at work for the Nazi war machine.

Read an excerpt from The One Man here!

Waking Up Dead by Nigel Williams

Retired bank manager George Pearmain is, apparently, dead. According to the behavior of everyone around him, it would seem that he is no more. Not only that, but his mother has also passed away too – and on the eve of her 99th year, poor dear. Not only that, it could be that they were both murdered.

As George's family gather for the birthday-celebration-that-never-was, he hovers around the house, watching and listening, entirely unseen. As a result, he makes all sorts of discoveries about himself, his wife Esmeralda, and his supposedly happy family . . .

In 1944, three young men from a small town in West Virginia are among the American forces participating in D-Day, changing the fortunes of the war with one bold stroke. How is that moment aboard a Navy ship as it barrels toward the Normandy shore related to the death of an old man in an Appalachian nursing home seventy-two years later?

In Sorrow Road, the latest mystery from Pulitzer Prize-winning writer Julia Keller, two stories―one set in the turbulent era of World War II and one in the present day―are woven together to create a piercingly poignant tale of memory and family, of love and murder.

Bell Elkins, prosecuting attorney in Acker’s Gap, West Virginia, is asked by an old acquaintance to look into the death of her beloved father in an Alzheimer’s care facility. Did he die of natural causes―or was something more sinister to blame? And that’s not the only issue with which Bell is grappling: Her daughter Carla has moved back home. But something’s not right. Carla is desperately hiding a secret.

Once again, past and present, good and evil, and revenge and forgiveness clash in a riveting story set in the shattered landscape of Acker’s Gap, where the skies can seem dark even at high noon, and the mountains lean close to hear the whispered lament of the people trapped in their shadow.

With his job suddenly in jeopardy, his fiancé wanting a break, and a new court-ordered psychiatrist insisting he take his medication or violate the terms of his probation, Ruddy finds himself missing the one thing he thought he would be happy to be rid of—the voice of Alan Lottner, dead realtor and Ruddy's future father-in-law.

When a woman tells Ruddy that the tragedy that defines his life may, in fact, be a lie, Ruddy starts to investigate the disappearances of women in the area and soon discovers that his own redemption may be within reach. Alan's voice returns, and Ruddy and Alan work together to bring down a corrupt banker, win back Katie's love, and stop a serial killer before he can strike again.

Read an excerpt from Repo Madness by W. Bruce Cameron. 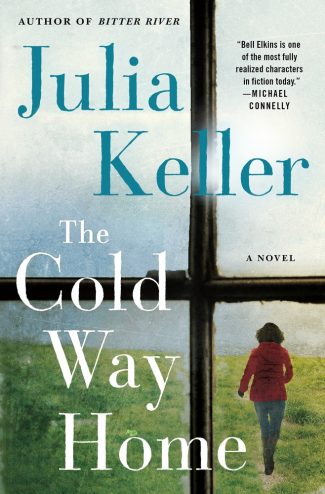 In The Cold Way Home by Pulitzer Prize-winning author Julia Keller, readers return to West Virginia and sleuth Bell Elkins who investigates Wellwood, a state-run psychiatric hospital for the poor that burned to the ground decades ago. Bell Elkins, Nick Fogelsong and Jake Oakes take on a case of a missing teenager. A tip from… 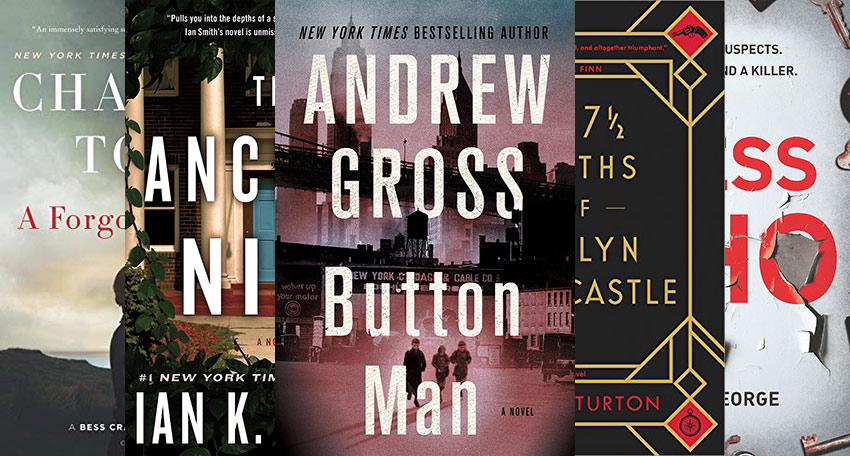