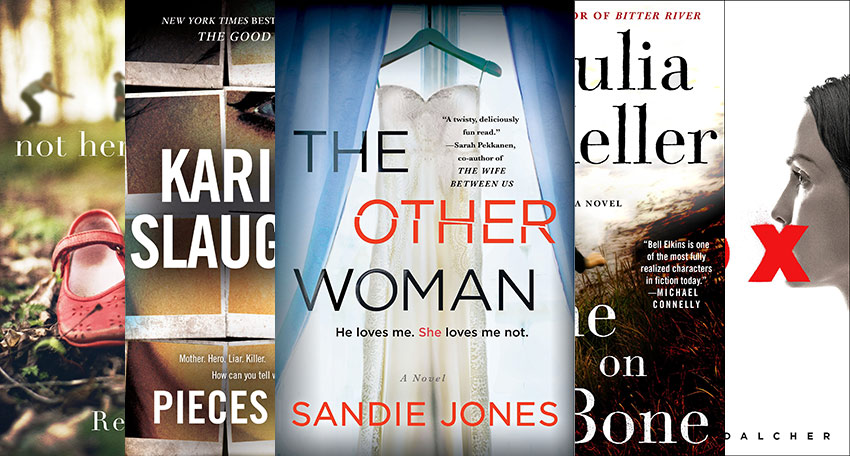 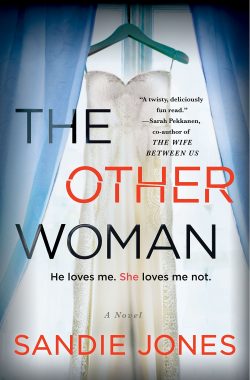 The Other Woman by Sandie Jones

BUT SHE LOVES YOU NOT: Lurking in the shadows is a rival, a woman who shares a deep bond with the man she loves.

AND SHE’LL STOP AT NOTHING: Emily chose Adam, but she didn’t choose his mother Pammie. There’s nothing a mother wouldn’t do for her son, and now Emily is about to find out just how far Pammie will go to get what she wants: Emily gone forever.

We followed The Other Woman from acquisition to publication. Take a look at “The Life of a Book”! 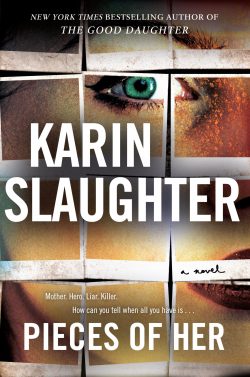 Pieces of Her by Karin Slaughter

What if the person you thought you knew best turns out to be someone you never knew at all…?

But all that changes when a trip to the mall explodes into violence and Andrea suddenly sees a completely different side to Laura. Because it turns out that before Laura was Laura, she was someone completely different. For nearly thirty years she’s been hiding from her previous identity, lying low in the hope that no one would ever find her. But now she’s been exposed, and nothing will ever be the same again.

The police want answers and Laura’s innocence is on the line, but she won’t speak to anyone, including her own daughter. Andrea is on a desperate journey following the breadcrumb trail of her mother’s past. And if she can’t uncover the secrets hidden there, there may be no future for either one of them…

Read John Valeri’s review of Pieces of Her! 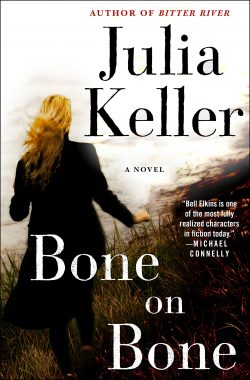 Bone on Bone by Julia Keller

How far would you go for someone you love? Would you die? Would you kill? After a three-year prison sentence, Bell Elkins is back in Acker’s Gap. And she finds herself in the white-hot center of a complicated and deadly case—even as she comes to terms with one last, devastating secret of her own.

A prominent local family has fallen victim to the same sickness that infects the whole region: drug addiction. With mother against father, child against parent, and tensions that lead inexorably to tragedy, they are trapped in a grim, hopeless struggle with nowhere to turn.

Bell has lost her job as a prosecutor—but not her affection for her ragtag, hard-luck hometown. Teamed up with former Deputy Jake Oakes, who battles his own demons as he adjusts to life as a paraplegic, and aided by the new prosecutor, Rhonda Lovejoy, Bell tackles a case as poignant as it is perilous, as heartbreaking as it is challenging.

Read an excerpt from Bone on Bone, then check out Amber Keller’s review! 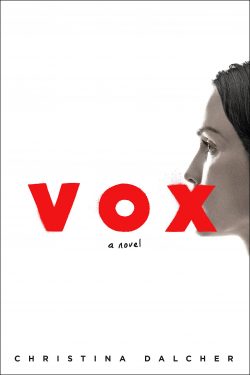 On the day the government decrees that women are no longer allowed more than one hundred words per day, Dr. Jean McClellan is in denial. This can’t happen here. Not in America. Not to her.

This is just the beginning…

Soon women are not permitted to hold jobs. Girls are not taught to read or write. Females no longer have a voice. Before, the average person spoke sixteen thousand words each day, but now women have only one hundred to make themselves heard.

For herself, her daughter, and every woman silenced, Jean will reclaim her voice. 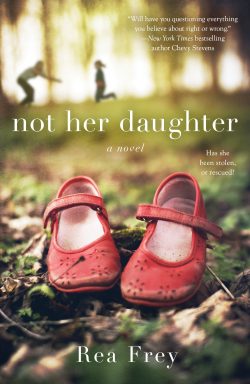 Not Her Daughter by Rea Frey

Emma is lonely. Living with her cruel mother and clueless father, Emma retreats into her own world of quiet and solitude.

Sarah has never seen a girl so precious as the gray-eyed child in a crowded airport terminal. When a second-chance encounter with Emma presents itself, Sarah takes her―far away from home. But if it’s to rescue a little girl from her damaging mother, is kidnapping wrong?

Amy Townsend. Unhappy wife. Unfit mother. Unsure whether she wants her daughter back.

Amy’s life is a string of disappointments, but her biggest issue is her inability to connect with her daughter. And now Emma is gone without a trace.

As Sarah and Emma avoid the nationwide hunt, they form an unshakeable bond. But what about Emma’s real mother, back at home?

Read an excerpt from Not Her Daughter!