5 Lessons I Learned as a Murder Investigator

Read Ellison Cooper's exclusive guest post about what she learned as a murder investigator, then make sure you're signed in and comment below for a chance to win a copy of her debut novel, Caged! 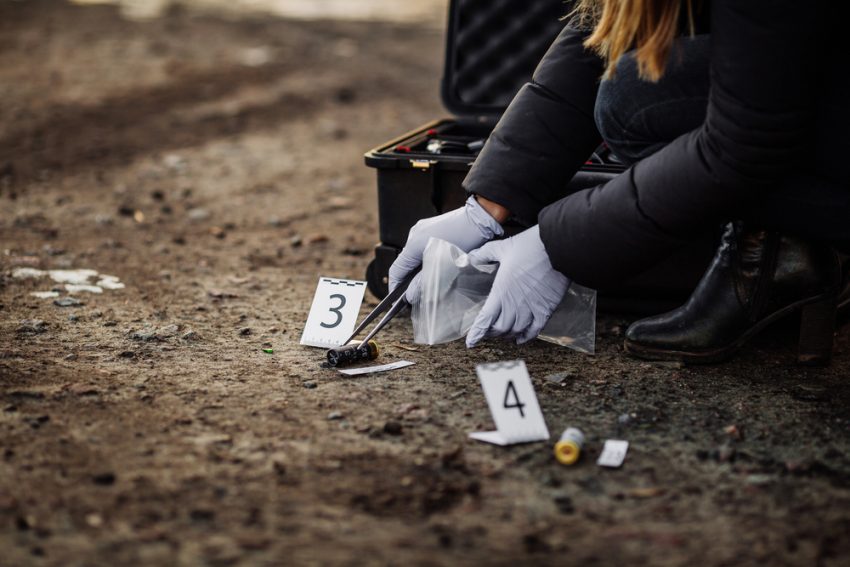 Now that I’ve written my debut crime thriller, I’ve been reflecting on the lessons I learned as a murder investigator and how those lessons shaped my writing.

I began investigating Class 1 Felonies in Washington, D.C., in the early ‘90s when D.C. was considered the “murder capital” of the United States. Over 450 murders, mostly gang-related, were committed the year that I showed up at the ripe old age of 24 to work as the legal equivalent of a private investigator for the Public Defender’s Service (PDS). With nothing but my admission letter to Georgetown Law School, a deep well of idealism about the criminal justice system, and a laminated card declaring me an investigator, I set out into the worst neighborhoods of D.C. to investigate murder.

Before I went out in the field, the PDS provided me with a few weeks of training in the techniques and legal technicalities of the job. During that training, I learned more about the criminal justice system than I learned in any law school class. For example, a huge part of my job was to make sure I didn’t accidentally take a written statement that implicated our client so that we wouldn’t have to share that information with the prosecution during discovery (basically, when the defense and prosecution have to share information with each other). My first lesson:

1. The tension between police, prosecutors, and defense lawyers is not a fiction created by TV drama. The adversarial criminal justice system is often genuinely adversarial.

After training, I was given a partner, and we were assigned three lawyers to assist. On my first day in the field, I spent the entire afternoon playing with a toddler—definitely not what I expected. We needed to get a written statement from the child’s mother about a drive-by shooting she had witnessed, and we didn’t want the little girl to be there during that detailed conversation. So, I took the girl in the other room to play while my partner took the mother’s statement.

After the interview, we learned that the toddler had actually witnessed the murder firsthand. Even later, I learned that she was the victim’s daughter. That giggling little girl had watched her own father gunned down right in front of her. My first day turned out to be a perfect introduction to my second lesson:

2. Investigating murder is an inherently heartbreaking, gut-wrenching job. Something I try to remember when I’m writing about all the people involved, from cops to innocent bystanders.

While I spent some time on stakeouts and interviewing suspects, the vast bulk of what I did was tracking down and taking statements from witnesses, building a timeline of the events surrounding the murder, and requesting case files in the courthouse. Between all the mundane legwork, I did have a gun pulled on me, and I was almost caught up in an ATF raid. Lesson number three:

My experiences absolutely changed my perspective on the criminal justice system. I struggled with things I saw on both sides of the fence of the adversarial court system, and I realized that I didn’t actually want to become a lawyer (hello Ph.D. in anthropology instead). Despite the flaws I saw in the system, I was awed by the amazing lawyers, police, and judges that I met. Which leads to my fourth lesson:

4. The criminal justice system works because of the blazing icons of idealism and dedication that make it happen every day.

Despite the tedium, it really was incredible opening a new file and reading reports, taking witness statements, processing crime scene data, watching autopsies, and compiling all the information gathered during a murder case. So, last but not least, my fifth lesson:

5. Despite the gut-wrenching horror of any murder, the investigative process really is like a puzzle that needs to be pieced together to tease out the truth.

That human drama coupled with the questions surrounding any murder (especially the who and why) is ultimately why I love reading, and now writing, mysteries!

Comment below for a chance to win a copy of Caged by Ellison Cooper!

Caged Comment Sweepstakes: NO PURCHASE NECESSARY TO ENTER OR WIN.  A purchase does not improve your chances of winning.  Sweepstakes open to legal residents of 50 United States, D.C., and Canada (excluding Quebec), who are 18 years or older as of the date of entry.  To enter, complete the “Post a Comment” entry at https://www.criminalelement.com/5-lessons-i-learned-as-a-murder-investigator-comment-sweepstakes beginning at 1:00 p.m. Eastern Time (ET) July 13, 2018. Sweepstakes ends at 12:59 p.m. ET July 31, 2018. Void outside the United States and Canada and where prohibited by law. Please see full details and official rules here. Sponsor: Macmillan, 175 Fifth Ave., New York, NY 10010.