Why are so many crime authors writing historical novels today? It’s a great question with about a hundred answers. Some are writing about specific people or events in the past, both public or personal, that have piqued their curiosity. Others are writing about an era in which civilization and people were so different from today that they feel obligated to tell us how. Still, others are writing about times when the facts were incontrovertible but may offer different theories to explain them.

As for me, I’m drawn to recent history (20th century) mostly because it saw periods of intense conflict—usually revolutions and wars—many of which were documented with film, photographs, videos, and recordings as well as printed documents and books. The immediacy of visual material has a visceral impact on me and always has.

But intense conflict, regardless of its delivery over time, demands a multi-layered approach. Not only does the conflict affect individuals, but it also affects families, neighborhoods, cities, countries, and entire continents. My favorite “What if” is to imagine an ordinary person trapped in extraordinary times and watch how they change or are changed by the conflict. Do they become active or passive? Optimist or cynic? Hero or coward?

So my modest listicle of historical novel authors is probably not unique. Chances are you’ve read one or two yourself. If not, I hope you’ll try them. All of them appeal to me because they deal with intense conflict on multiple levels and demand that the protagonist—and sometimes the antagonist—make existential choices that reveal who they really are. Some are thrillers; others are not. But they are all authors for whom I have profound respect and admiration.

The Nightingale by Kristin Hannah 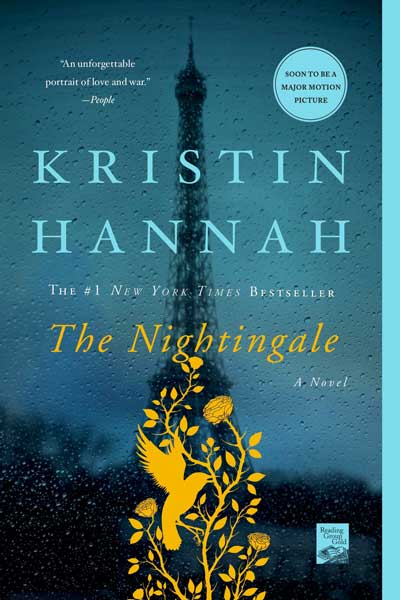 Echoes of Hannah’s breakout novel still reverberate when I think about the two sisters who have very different responses to the German occupation of France during World War II. Hannah has a vast canvas to draw on, and she uses it brilliantly. First, she describes the grand setting and obstacles each sister faces. Then, she makes us feel we are sitting next to each woman as she makes yet another Hobson’s choice. The twist at the end isn’t surprising, but after living the war through their eyes, I didn’t care. Gripping, riveting prose and suspense run throughout the story.

Eye of the Needle by Ken Follett 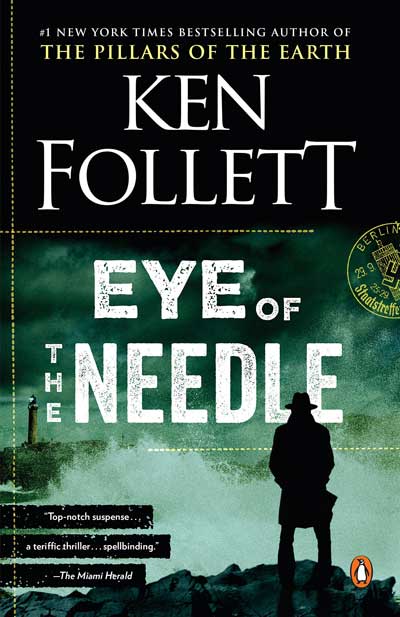 Probably the master of World War II-espionage thrillers, (yes, yes—I love le Carré too) Follett captured me with Eye of the Needle, his first bestseller—and my first thriller, as it happens. I knew after I finished the book that it was the kind of story I wanted to tell if I ever became a writer.

The suspense and the stakes are a thriller lover’s dream: a supposed Brit (of German birth) knows Normandy will be the true D-Day landing location, and MI-5 must stop him from telling the Germans, who believe it’s Calais. In his attempt to elude his chasers, he lands in a desolate Scottish area where he has an affair with a married woman. Both the sweeping plot and the small details are developed beautifully, and each character is presented with obstacles they sometimes cannot overcome. It’s unputdownable. The suspense is top-notch. So is the writing.

Follett, as you probably know, has written a library’s worth of historical novels stretching from Medieval times through the Renaissance to the Atomic Age—and he writes contemporary thrillers as well. To me, he is the masters’ master.

The Day of the Jackal by Frederick Forsyth 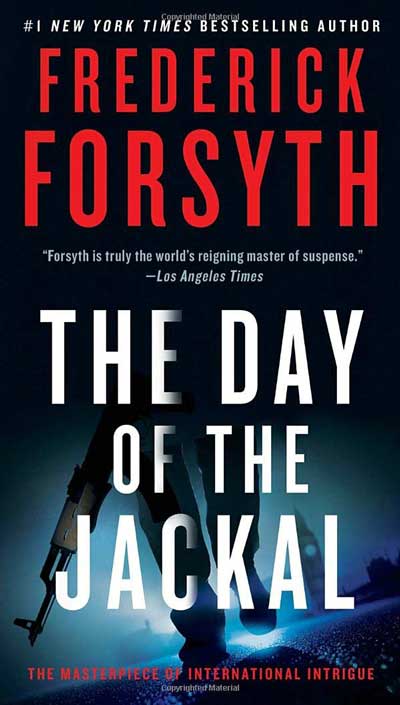 By now, you know I’m a sucker for World War II thrillers, but Frederick Forsyth’s Jackal—set in early ‘60s France while De Gaulle is President—could be my favorite suspense thriller. When I teach my suspense classes, I say that the movie is the only one where you know the end before you ever go into the theater, but the suspense has you on the edge of your seat anyway. So does the novel. An assassin hired by an underground French paramilitary group tries to kill De Gaulle several times at the same time a French detective, Lebel, tires to identify and then prevent the killing before he succeeds. The novel follows each of their arcs. Double-crosses are the norm, and the suspense ratchets up each time they confront an obstacle. The ending is worth the price of admission.

Forsyth also digs into World War II with The Odessa File, the 1950s with The Shepherd, and a multitude of twisty contemporary thrillers set all over the world. Like Follett, Forsyth is also a go-to guy for me, but I like Follett’s smooth writing style better.

The Book of Longings by Sue Monk Kidd 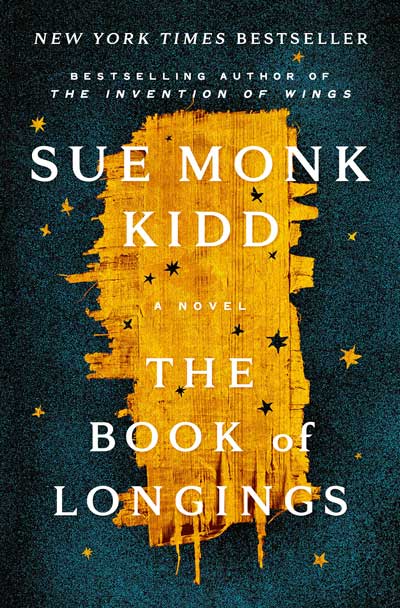 A major challenge in writing historical novels is getting the research right. That can make some authors avoid them altogether. What if you get something wrong? Other authors dive in, excited and energized by the challenge. Sue Monk Kidd is one. I can imagine her saying, “Heck, why not go back to the beginnings of Christianity for this story?”

She did exactly that.

In a novel that feels both ancient and modern, The Book of Longings posits the theory that Jesus was married to Ana, daughter of a prosperous family. However, Ana is a thoroughly modern character who wants to burnish her voice by writing stories about women from the Bible. She’s already written a few when she meets Jesus. She falls deeply in love with him, and he loves her too, but it’s clear he has other priorities as well. In a subtle way, they compete for the right to be independent and free, but because Ana is a woman, it is clear the deck would be stacked against her. The story is beautifully written, and while it isn’t completely satisfying, Ms. Kidd’s efforts to rewrite history deserve to be read. 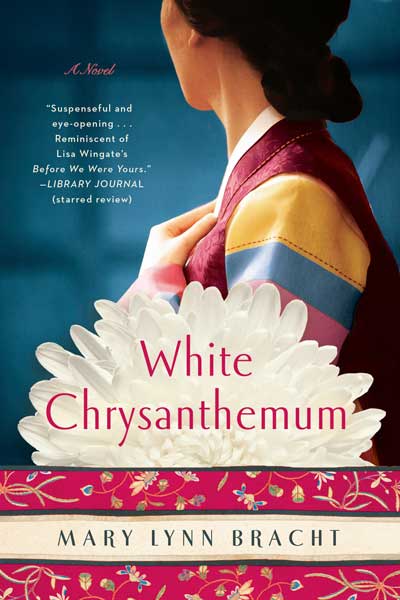 Korean history is at the forefront of this beautifully written, sad yet hopeful story. Again, it features sisters who are separated by World War II. The sisters are of a somewhat special breed: haenyeos, women who are taught to dive into the sea. Their skill gives them more independence, especially during the war when Korea was occupied by the Japanese. Still, Japanese soldiers are on the make, and when the older sister saves the younger one from the occupier’s advances, the older sister is captured instead and sent to Manchuria. Her life there goes from bad to worse as she is forced to become a “comfort woman” in a brothel.

Hana’s story in 1943 is intercut with her younger sister Emi’s story in 2011, who has been guilt-ridden by her sister’s sacrifice for decades. On a visit to her son, she tries to piece together what happened to her sister. The ending, bittersweet yet hopeful, is perfect. At least to me.

I did not know anything about Korean history, and I certainly didn’t know about haenyeos. I loved learning about both, and I suspect readers will too.

To narrow down historical novels by author is like counting grains of sand on a beach. Google estimates there are about 130 million books in the world. (Although that sounds low to me.) I suspect (no data, just spitballing) that 20% are historical novels. This means about 5.5 million historical novels are waiting to be read—wonderful novels written by authors like Kate Quinn, Martha Griffiths, Alan Furst, Sujata Massey, Cara Black, William Kent Krueger, Phillip Kerr, Tasha Alexander, Rhys Bowen, and so many more. What are you waiting for? 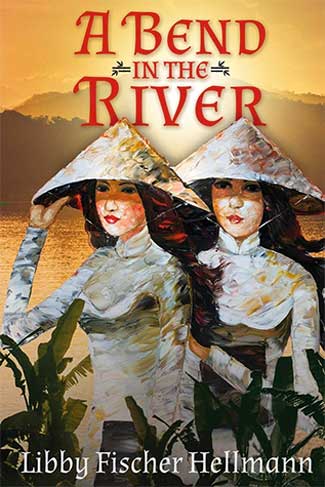 About A Bend in the River by Libby Fischer Hellmann

In 1968 two young Vietnamese sisters flee to Saigon after their village on the Mekong River is attacked by American forces and burned to the ground. The only survivors of the brutal massacre that killed their family, the sisters struggle to survive but become estranged, separated by sharply different choices and ideologies. Mai ekes out a living as a GI bar girl, but Tam’s anger festers, and she heads into jungle terrain to fight with the Viet Cong. For nearly ten years, neither sister knows if the other is alive. Do they both survive the war? And if they do, can they mend their fractured relationship? Or are the wounds from their journeys too deep to heal? In a stunning departure from her crime thrillers, Libby Fischer Hellmann delves into a universal story about survival, family, and the consequences of war.