5 Codebreaking Thrillers You Should Be Reading

Read Jess Lourey's list of five codebreaking novels you should be reading, then make sure you're signed in and comment below for a chance to win a copy of her latest Salem's Cipher novel, Mercy's Chase! 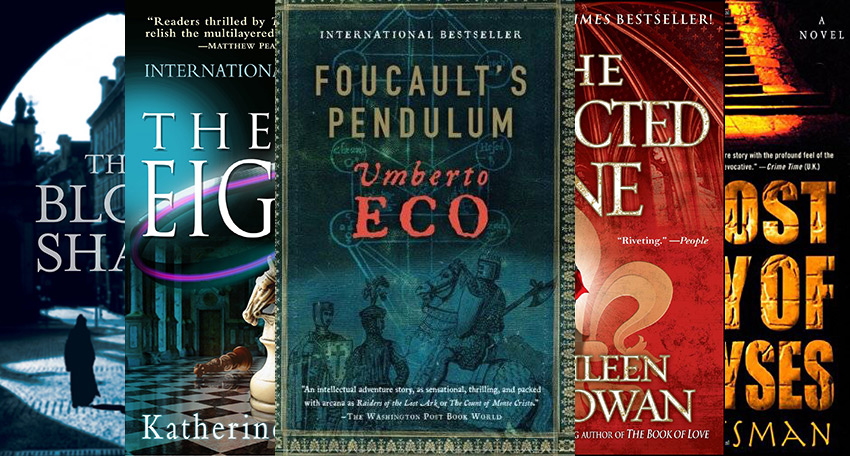 At 80 million copies sold and counting, Dan Brown’s The Da Vinci Code is poised to surpass the current bestselling mystery of all time, Agatha Christie’s And Then There Were None. Clearly, Brown hit on something with his fourth novel: readers love to crack a code. Mix in a little romance and some heavy intrigue with the codebreaking (or cryptanalysis, as it’s properly called), add a dash of apocrypha, and you’ve created a mystery that readers can’t put down.

While The Da Vinci Code may be the most well-known cryptanalytical thriller, here are five more worth checking out. 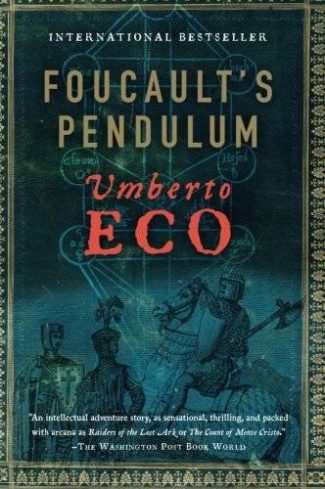 Named after the simple device invented in 1851 to demonstrate the earth’s rotation, Eco’s 1988 Foucault’s Pendulum was the first cryptanalytical thriller to garner international attention. It imagines a meta-mystery, one where three jaded book editors construct an elaborate conspiracy theory that turns out to be real. The novel features codes within codes, starting with Colonel Ardenti’s encrypted discovery suggesting that the Knights Templar have a plan to take over the world. Described by critics as “encyclopedic” and “convoluted,” the book has a tendency to over-describe but is still a fantastic read, managing to be both educational and thrilling.

The Eight by Katherine Neville 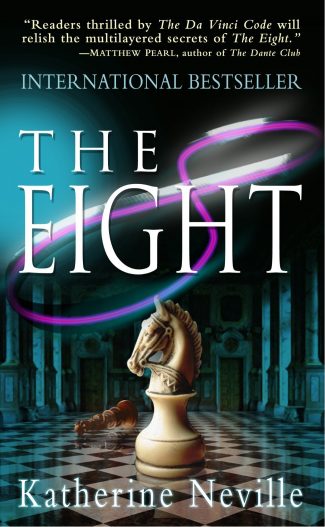 The Eight’s Katherine Neville takes readers back and forth between two storylines, one set in 1972 and the other in 1790. The 1790 storyline is set during the French Revolution, featuring historical characters such as Napoleon and Catherine the Great, while the more modern storyline includes layered cryptanalysis. The parallel plots are connected by the Montglane Service, an ancient chess set with the power to change history. Each stunning, jeweled Montglane chess piece contains a code. The protagonists are hiding and hunting them, unaware that they themselves are being moved and played like chess pieces. A well-paced mystery with layered history, a touch of romance, and buckets of adventure, The Eight is not to be missed.

The Expected One by Kathleen McGowan 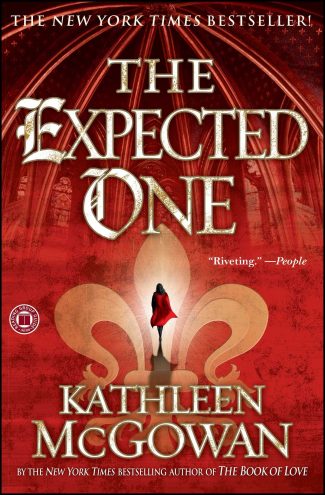 McGowan’s debut novel hit at #1 in 2007, proving that thrillers and Mary Magdalene mix well. The Expected One echoes The Da Vinci Code in that it is built around a search for Mary Magdalene’s Gospels, which supposedly prove that she was married to Christ. It also features cryptic clues embedded in famous art. A key difference between the books? Author McGowan claims to be a descendant of Christ and Magadelene, and her novel to be a fictionalized version of her own life story. Originally self-published, this mystery has more romance than the others on the list and is a perfect escapist read.

The Lost Army of Cambyses by Paul Sussman 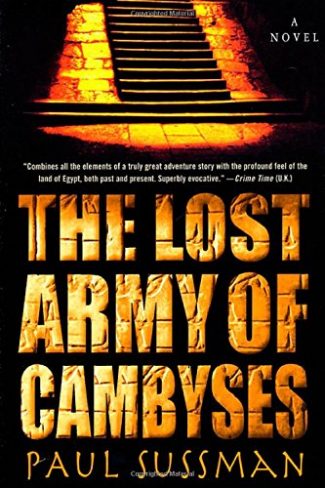 That Sussman is a trained field archeologist comes through in the fabulous Egyptian setting and detailed dig descriptions found in his international bestseller. The book’s title and central storyline come from a search for Persian pharaoh Cambyses II’s missing army of 50,000. According to Greek historian Herodotus, the army was lost in 523 BC in a sandstorm, and their great wealth lost along with them. In Sussman’s telling, a pottery shard scratched with hieroglyphics holds the secret to the location of the lost army. Due to its exceptional pacing, The Lost Army of Cambyses is the most thrillerish of all the books on this list.

The Book of Blood and Shadow by Robin Wasserman 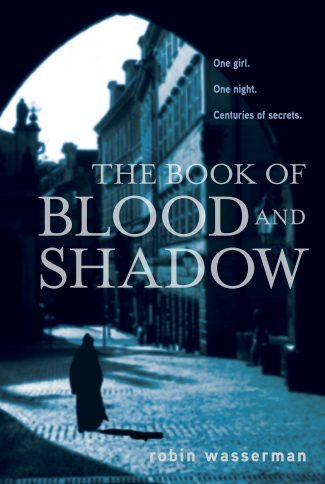 The only YA novel on this list, The Book of Blood and Shadow features a teenage protagonist and a cryptic manuscript that points to a 400-year-old secret. While this novel is bloody and rivals Sussman’s for pacing, it’s also relationship-based in a way that’s unusual for thrillers; I found it stuck with me longer than the rest for this reason. I also enjoyed how it’s built around the Voynich manuscript, one of the most enduring uncracked codes in the history of cryptography. The Voynich manuscript is a handwritten codex, carbon-dated to the early 15th century. Brought to international attention when it was bought by Polish art dealer Wilfrid Voynich in 1912, the uncracked treatise features an unknown language, naked women, plant sketches, and zodiac symbols, making it a ripe bed for thriller writers and readers alike.

Comment below for a chance to win a copy of Mercy’s Chase by Jess Lourey!

Mercy’s Chase Comment Sweepstakes: NO PURCHASE NECESSARY TO ENTER OR WIN.  A purchase does not improve your chances of winning.  Sweepstakes open to legal residents of 50 United States, D.C., and Canada (excluding Quebec), who are 18 years or older as of the date of entry.  To enter, complete the “Post a Comment” entry at https://www.criminalelement.com/5-codebreaking-thrillers-you-should-be-reading-comment-sweepstakes beginning at 12:00 p.m. Eastern Time (ET) September 8, 2018. Sweepstakes ends at 11:59 a.m. ET September 18, 2018. Void outside the United States and Canada and where prohibited by law. Please see full details and official rules here. Sponsor: Macmillan, 175 Fifth Ave., New York, NY 10010.