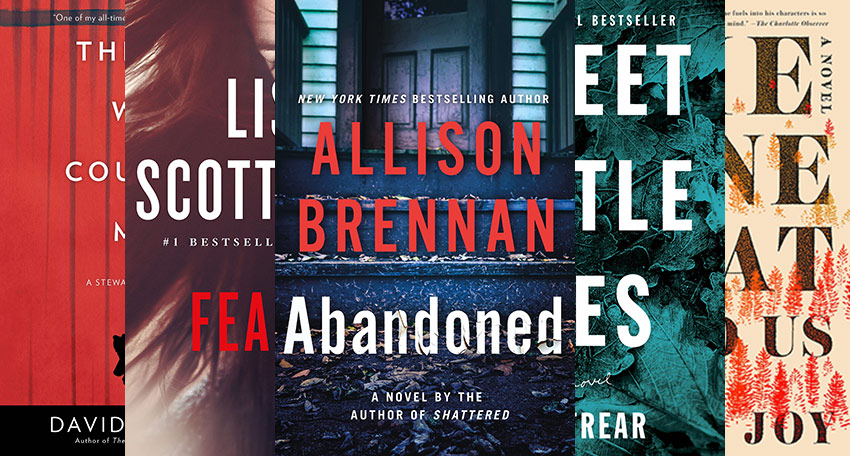 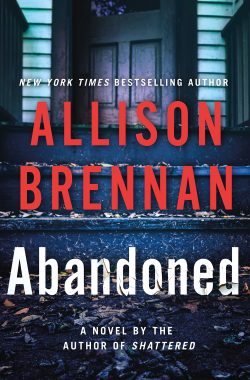 Investigative reporter Max Revere has cracked many cases, but the one investigation she’s never attempted is the mystery from her own past. Her mother abandoned her when she was nine, sending her periodic postcards, but never returning to reclaim her daughter. Seven years after the postcards stop coming, Martha Revere is declared legally dead, with no sign of what may have happened to her. Until now.

With a single clue―that her mother’s car disappeared sixteen years ago in a small town on the Chesapeake Bay―Max drops everything to finally seek the truth. As Max investigates, and her mother’s story unfolds, she realizes that Martha teamed up with a con man. They traveled the world living off Martha’s trust and money they conned from others.

Though no one claims to know anything about Martha or her disappearance, Max suspects more than one person is lying. When she learns the FBI has an active investigation into the con man, Max knows she’s on the right path. But as Max digs into the dark secrets of this idyllic community, the only thing she might find is the same violent end as her mother.

Read an excerpt from Abandoned, check out Amber Keller’s review, then take a visual tour with GIFnotes! 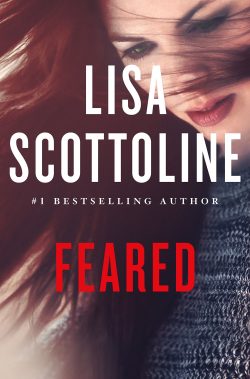 When three men announce that they are suing the Rosato & DiNunzio law firm for reverse sex discrimination—claiming that they were not hired because they were men―Mary DiNunzio and Bennie Rosato are outraged. To make matters worse, their one male employee, John Foxman, intends to resign, claiming that there is some truth to this case.

The plaintiffs’ lawyer is Nick Machiavelli, who has already lost to Mary once and is now back with a vengeance—determined not to not only win but destroy the firm. It soon becomes clear that Machiavelli will do anything in his power to achieve his end—even after the case turns deadly. The stakes have never been higher for Mary and her associates as they try to keep Machiavelli at bay, solve a murder, and save the law firm they love … or they could lose everything they’ve worked for.

Read an excerpt from Feared, then take a visual tour with GIFnotes! 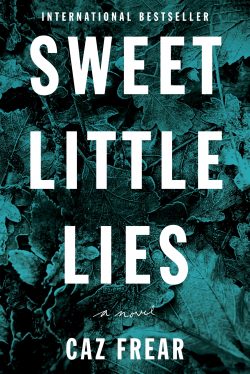 Your father is a liar. But is he a killer?

Even liars tell the truth … sometimes.

Twenty-six-year-old Cat Kinsella overcame a troubled childhood to become a Detective Constable with the Metropolitan Police Force, but she’s never been able to banish these ghosts. When she’s called to the scene of a murder in Islington, not far from the pub her estranged father still runs, she discovers that Alice Lapaine, a young housewife who didn’t get out much, has been found strangled.

Cat and her team immediately suspect Alice’s husband, until she receives a mysterious phone call that links the victim to Maryanne Doyle, a teenage girl who went missing in Ireland eighteen years earlier. The call raises uneasy memories for Cat—her family met Maryanne while on holiday, right before she vanished. Though she was only a child, Cat knew that her charming but dissolute father wasn’t telling the truth when he denied knowing anything about Maryanne or her disappearance. Did her father do something to the teenage girl all those years ago? Could he have harmed Alice now? And how can you trust a liar even if he might be telling the truth?

Determined to close the two cases, Cat rushes headlong into the investigation, crossing ethical lines and trampling professional codes. But in looking into the past, she might not like what she finds… 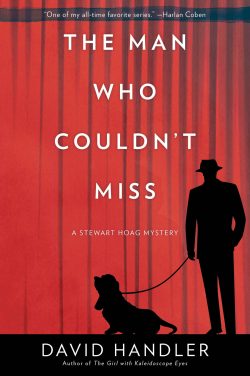 The Man Who Couldn’t Miss by David Handler

Hollywood ghostwriter Stewart “Hoagy” Hoag has chronicled the rise, fall, and triumphant return of many a celebrity. At last he’s enjoying his own, very welcome second act. After hitting a creative slump following the success of his debut novel, Hoagy has found inspiration again. Ensconced with his faithful but cowardly basset hound, Lulu, on a Connecticut farm belonging to his ex-wife, Oscar-winning actress Merilee Nash, he’s busy working on a new novel. He’s even holding out hope that he and Merilee might get together again. Life is simple and fulfilling—which of course means it’s time for complications to set in….

When the police call to ask if he knows the whereabouts of a man named R.J. Romero, Hoagy learns of a dark secret from his ex-wife’s past. It’s already a stressful time for Merilee, who’s directing a gala benefit production of Private Lives to rescue the famed but dilapidated Sherbourne Playhouse, where the likes of Katherine Hepburn, Marlon Brando and Merilee herself made their professional stage debuts. Her reputation, as well as the playhouse’s future, is at stake. The cast features three of Merilee’s equally famous Oscar-winning classmates from the Yale School of Drama. But it turns out that there’s more linking them to each other—and to their fellow Yale alum, R.J.—than their alma mater. When one of the cast is found murdered, it will take Hoagy’s sleuthing skills and Lulu’s infallible nose to sniff out the truth…before someone else faces the final curtain call.

Read Janet Webb’s review of The Man Who Couldn’t Miss! 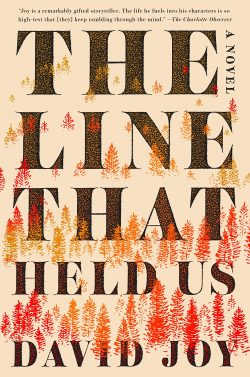 The Line That Held Us by David Joy

When Darl Moody went hunting after a monster buck he’s chased for years, he never expected he’d accidentally shoot a man digging ginseng. Worse yet, he’s killed a Brewer, a family notorious for vengeance and violence. With nowhere to turn, Darl calls on the help of the only man he knows will answer: his best friend, Calvin Hooper. But when Dwayne Brewer comes looking for his missing brother and stumbles onto a blood trail leading straight back to Darl and Calvin, a nightmare of revenge rips apart their world.

Read an excerpt from The Line That Held Us, then check out David Joy’s guest post about his unconventional path to crime fiction!