The 2014 Derringer Award winners have been announced by the Short Mystery Fiction Society, and congratulations to all of them! (Winning Title is in bold.)

“Luck is What You Make” by Stephen D. Rogers

“Not My Day” by Stephen Buehler

“The Needle and the Spoon” by Allan Leverone

“Terry Tenderloin and the Pig Thief” by John Weagly

“The Present” by Robert Lopresti

“The Sweetheart Scamster” by Rosemary McCracken

“The Little Outlaw” by Mike Miner

“The Cemetery Man” by Bill Pronzini

“GIVE ME A DOLLAR” by Ray Daniel

“A Dangerous Life” by Adam Purple

“The Goddaughter's Revenge” by Melodie Campbell

“The Serpent Beneath the Flower” by Jack Bates 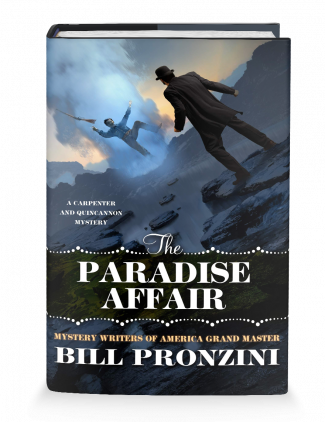 Bouchercon, the Anthony Boucher Memorial World Mystery Convention, is an annual convention held to honor the best in mystery and crime fiction (there is a “Best Critical or Nonfiction Book” section, as well). This year, the annual banquet will be held on Saturday, September 8, 2018, at the Vinoy Renaissance St. Petersburg Resort in St.…