In a genre that revels in the lone male protagonist, there are few meaty roles for women beyond the standard soiled doves or window-dressing (seems more often than not, even the horse gets greater attention than the ladies). Of those who have elbowed their way into this testosterone-laden landscape, here are my picks for the fifteen most notable female roles, whether in a brief appearance or as a leading character, both in Western films and on television. Miss Kitty is a tough-as-nails saloon owner who carries a soft spot for Marshal Matt Dillon. Her grit is exemplified in 1969’s “Mannon” episode when she is brutally raped by Will Mannon (Steve Forrest), an amoral character hell bent on terrorizing Dodge City while he awaits Dillon’s return. When Mannon returns to Kitty with flowers and an apology, she cuts him down to size hoping to take away his edge before the final showdown. Unforgettable. 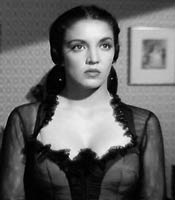 I could never understand all the fuss Will Kane (Gary Cooper) made over Quaker good girl Amy Fowler (Grace Kelly) in this landmark film. I would have told her thanks for nothing and settled down with Helen Ramírez (Jurado)…that is if I survived the gunfight. The lovely actress also starred in Pat Garrett and Billy the Kid (1973), where she comforts her husband (Sheriff Baker played by Slim Pickens) as he sits dying by the river. The scene is gut-wrenching and memorable, accompanied by the music of Bob Dylan, “Knockin’ on Heaven’s Door.” Side note: Ms. Jurado became the first Latin American actress nominated for an Academy Award for her work in 1954's Broken Lance. 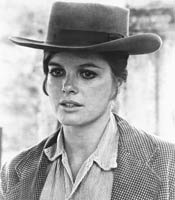 Role: Etta Place in Butch Cassidy and the Sundance Kid (1969)

Katherine Ross holds her own against acting titans Paul Newman and Robert Redford in 1969’s iconic Butch Cassidy and the Sundance Kid. So many fine scenes, but my favorite is her riding elegantly atop Butch’s bicycle handlebars to the strains of “Raindrops Keep Falling on My Head.” Her sobering line in the film comes when she tells the two-bit outlaws, “I'll do anything you ask of me except one thing. I won't watch you die. I'll miss that scene if you don't mind.” In search of her father’s killer in this second adaptation of the Charles Portis novel, 14-year-old Mattie manipulates Rooster Cogburn (Jeff Bridges) and the other men around her, marking one of the strongest performances by a woman in any genre, let alone any Western. Ms. Steinfeld was nominated for an Academy Award for Best Supporting Actress and a BAFTA Award for Best Actress in a Leading Role. 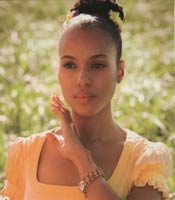 Kerry Washington as Broomhilda (in German Brunhilda) Von Shaft. Through the pulp lens of Quentin Tarantino, Django Unchained (2012) depicts the stark brutality of slavery in America and the depths of hell one woman endures to reach freedom. Broomhilda is intensely brought to life by Ms. Washington, who received a much-deserved Image award for Outstanding Supporting Actress in a Motion Picture. Side note: she also played a standout role in Lincoln that same year. 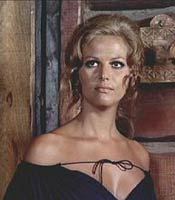 Claudia Cardinale staked her Western roles on playing intelligent women in distress in classics like The Professionals (1966) and Once Upon a Time in the West (1968). The Legend of Frenchie King (1971), a French comedy, may have been a comedown, but it made for some great film posters, pairing her with sex goddess Brigitte Bardot. Anahareo falls in love with trapper Archie Grey Owl (Pierce Brosnan) and converts him into an environmentalist with her loving care of a couple of orphaned beavers. There's much more worth saying about this one, and I explored it in detail here. It doesn’t seem like it should work, taking a heavily-accented German actress—the star of Josef von Sternberg films—and plopping her down in the American West. But it does, because Dietrich’s hard-hitting persona would strip off the smirk of any gunslinger. My personal favorite Dietrich oater pits her opposite Randolph Scott and John Wayne in The Spoilers (1942). Most amusing line comes from the Duke: “I imagine that dress is supposed to have a chilling effect. Well if it is, it isn't working, 'cuz you'd look good to me, baby, in a burlap bag.” If you are scratching your head over who this is, she had a bit part at the movie’s beginning as the mother who hears her family being slain by Lee Van Cleef. It’s just a cameo scene for the 1960’s sex symbol, known more for her sensual dance numbers in films like 1959’s Goliath and the Barbarians. But in this Sergio Leone classic, the anguished face of a woman who’s lost everything will remain etched in your mind. Julie Christie a drug-addicted, straight-talking businesswoman (“Look, Mr. McCabe, I'm a whore!”) in McCabe & Mrs. Miller, one of the many revisionist Westerns that were cropping up everywhere in the late 1960s and 70s. Best scene is the gripping ending, where Christie’s addiction leaves her unaware that her friend and partner (played by Warren Beatty) is fighting for his life against insurmountable odds. 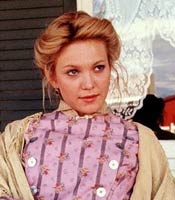 Diane Lane took the well-worn prostitute role and weaved a heartfelt performance of a woman far classier than her job provided. Her scenes with Robert Duvall are humorous, warm, and poignant… you can see these characters in another time and another place would have been an ideal couple. 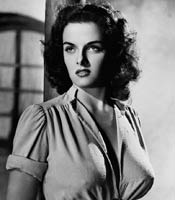 Russell’s acting is always tops, though I’m not a fan of this unfortunate Howard Hughes film (includes a head-scratching plotline with Doc Holliday liking Billy the Kid even though the young outlaw stole his horse). But there’s no doubting its cinematic importance, because Russell’s ground-breaking scenes while sporting a bra to its fullest potential made the censors of the day cry foul. A box office hit was made and a legend was born. Raquel Welch starred in three Westerns that I discussed in here. My top pick is the underrated 100 Rifles where she plays one bad-ass revolutionary with dutiful support from Jim Brown and Burt Reynolds. Alma is a cultured socialite, stranded in a lawless town in South Dakota after her new husband is murdered over a supposedly worthless mine. Instead of tucking tail and running, she decides to stay on and brave the hostile territory. Ms. Parker gives a commanding and versatile performance in this modern classic. Barbara Stanwyck was one of the few women to head a TV Western's cast. And she pulled out all the stops becoming Victoria Barkley, the matron of the rich clan from The Big Valley. Sometimes, her acting went a bit over the top for my tastes, but there’s no doubting her strong matriarchal performance was a reason for the show's success, and this at a time Westerns were on their way out on the small screen.

So there you have it, my picks for strong performances by women in Westerns. Who are some of your favorites?

I picked up The Stranger Beside Me at a garage sale in the spring of 1983. Thirteen years old, I was deep in my V. C. Andrews phase and searching for books that awoke that same forbidden thrill.

See No Evil, Hear No Evil: The Six Senses of Horror

Film is a medium of two senses: sight and sound. We can’t touch the people or objects depicted, we can’t smell or taste them. But horror? Horror involves all the senses.