Jon Land, author of the Caitlin Strong series, claims the thriller genre owes a lot to the classic western. Check out his list of 10 of the best western characters serving up justice in modern-day thrillers.

When asked about my Caitlin Strong series, I always describe them as modern-day westerns. And, in fact, the thriller form itself owes a great deal of its heritage to that genre. Having grown up with the films of Audie Murphy and Roy Rogers—not to mention classics like Shane, The Magnificent Seven, and High Noon along with a host of TV shows—westerns were everywhere. So you might say Caitlin Strong was many years in the making. With all that in mind, I thought it would be fun to assemble a list of the best book series that can be best classified as following the western motif. 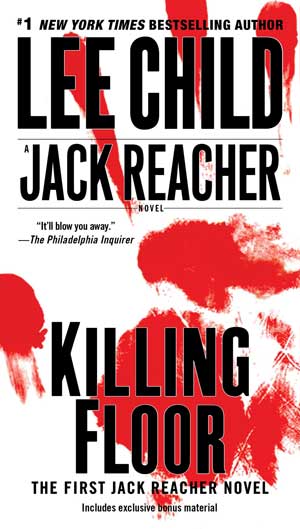 The most quintessential of the lot. Think about it: instead of a horse, Reacher rides a bus or a train. He shows up in a town, sometimes a city, and wipes out the bad guys, then gets back on the bus or train and moves on to his next step to repeat the process all over again. Here, as in westerns, we see staples like weak or ineffectual law enforcement, corruption, and often, one big bad villain running herd over it all—until Reacher arrives, that is. 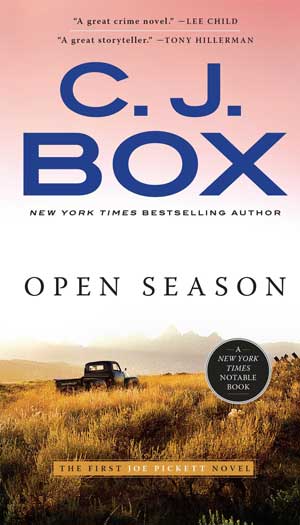 Box’s seminal Wyoming game warden resembles the federal marshal of western lore in that he is the only real law for hundreds of square miles. And like plenty of western lawmen, he has a morally challenged sidekick in the deadly Nate Romanowski, who plays Doc Holliday to Pickett’s Wyatt Earp. And the villains the pair take on time after time bear an intrinsic connection to the kind of cattle barons and land grabbers battling over the likes of mineral and water rights. Kind of like going forward in reverse. 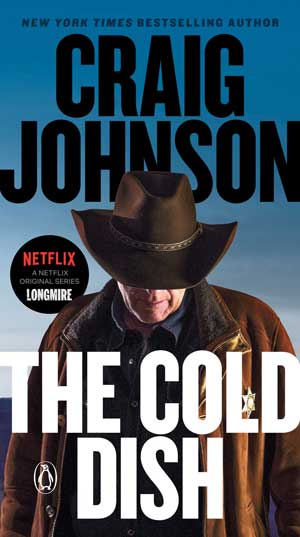 Walt Longmire is the kind of crusty, middle-aged sheriff made famous as anti—or, at least, reluctant—heroes in classic westerns. Normally, they have one more fight left in them, but Longmire never seems to run out of punches. Brilliantly played by Robert Taylor on the TV show Longmire, this small-town sheriff with big problems on his plate is a cultural anachronism who brings the times to him instead of adapting. And when things go bad, as is so true in the lore of westerns, he’s all the town has to turn to. 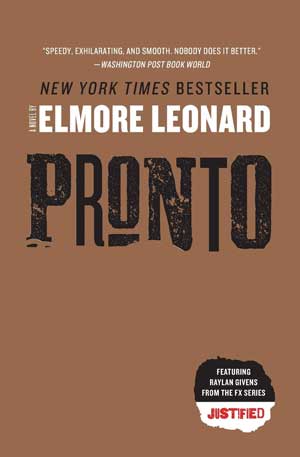 Arguably the great author’s greatest creation, the character made famous by the hit FX show Justified appears in two novels (Riding the Rap and Pronto) in addition to a collection of short stories. Timothy Olyphant’s wondrously realized performance opens with him gunning down Miami gangster Tommy Bucks because Bucks didn’t leave town in his allotted 24 hours. But the episode that features a hitman who has “killed more men than malaria” coming to town gunning for Raylan fits the western motif to a T, right down to the climactic shootout where our stalwart deputy U.S. Marshal literally outdraws his opponent.

Anna Pigeon (Track of the Cat) 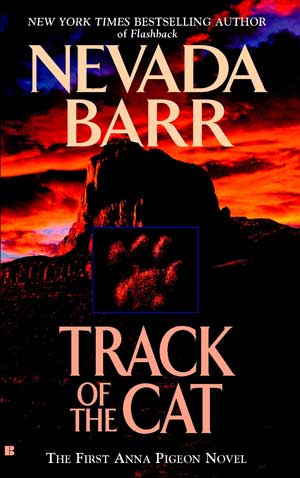 Barr’s park ranger is the lone woman on this list, in large part because the classic western doesn’t serve up a lot of female gunfighters. Pigeon proves an exception to that rule, traveling from one national park to another on the trail of this crime or that, a female Jack Reacher with a portfolio. And as with that series and many westerns, the hero is cast in the role of the nomadic stranger, lacking roots and traveling with only what she can carry (still more than Reacher’s famed toothbrush!) on her back. Every stop along the way becomes a new beginning, Pigeon showing up often where she’s needed the most and wanted the least. 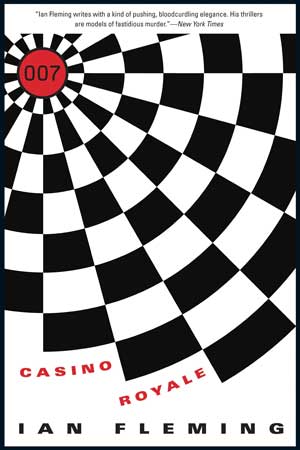 In many ways, the Cold War brought us the morphing of the western gunfighter hero—made famous in the dime novels of the early 20th century—into the spy. The difference, of course, was that the likes of James Bond served a nation and had a license to kill legally. He carried a Walther PPK instead of a Colt Peacemaker and stopped marauding bad guys from destroying entire countries instead of just towns and took on rivals every bit his equal, like Oddjob and Red Grant, while climbing the ladder to the true masterminds out to fashion a new world order. 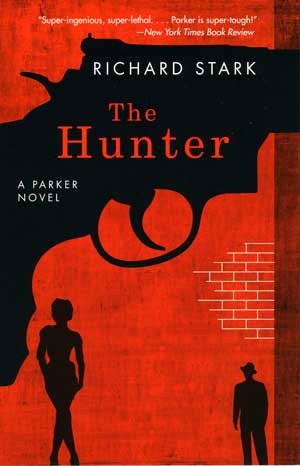 The stoically deadly Parker (perfectly played by Lee Marvin in the classic film Point Blank and based on The Hunter) embodies the very concept of what Shane author Jack Schaeffer called the “savior psychopath.” A bad guy who occasionally turns away from the dark side to sample the light. Parker is as much a relentless force of nature as a human being. He’s not going to lose, and if you wrong him or violate his murky code of honor, expect violent repercussions. Like the outlaw who decides to save the town from bandits instead of helping them to burn it down. 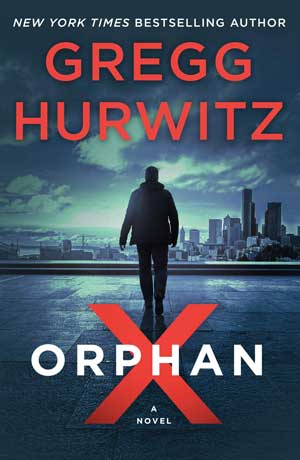 In many ways, Hurwitz’s modern-day gunslinger Evan Smoak is the neatest fit for the mold cast by westerns. He’s literally the stranger who rides in out of nowhere, the Man with No Name emerging from Italian spaghetti westerns or their American offspring such as High Plains Drifter. Like Parker, Smoak has a streak of moral ambiguity, but he tends to be more like Jack Reacher, and Shane, when it comes to standing up for what’s right. A savior psychopath indeed. 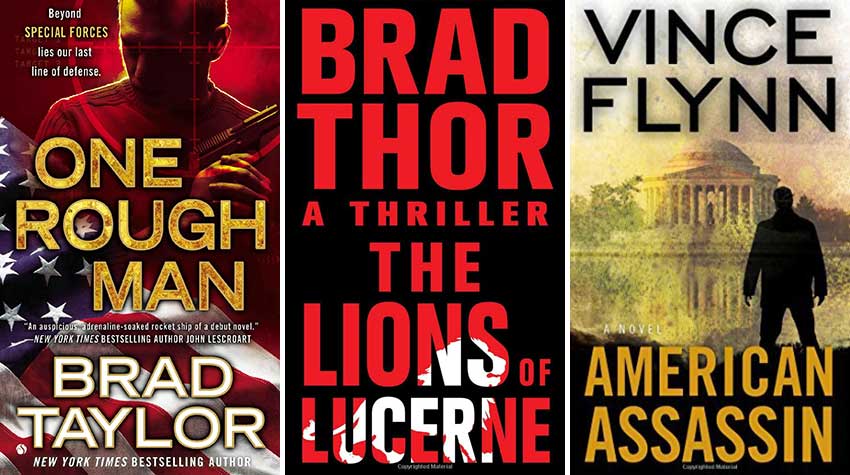 This trio of great thriller series that all emerged from the smoke of 9/11 feature the gunfighter morphing into special ops soldier, aka Navy SEALS of Delta Force operators. And to varying degrees, all three cover one of the most dominant themes of the western: redemption. Like the gunfighters of old, Logan, Harvath, and Rapp face burnout and might rather put their worlds behind them, but their natures keep them fighting and killing. They are who they are, and we’re lucky to have them—just like Joe Starrett (Van Heflin) and his family were lucky to have Shane. 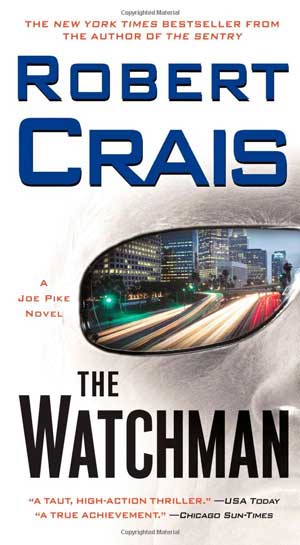 There’s nothing subtle about the former Recon Marine who started out as Elvis Cole’s sidekick only to become the basis of a series centered around him on top of that. And in that sense, he’s about the purest throwback to gunfighters on this list, wielding a .357 magnum in place of an old-fashioned six-shooter. He’s as much like Jack Wilson (Jack Palance in the movie) as Shane, especially since Wilson exemplifies the man Shane used to be. Pike, on the other hand, is what he’s always been, sticking to a moral code that inevitably finds him sticking up for those who can’t stick up for themselves. 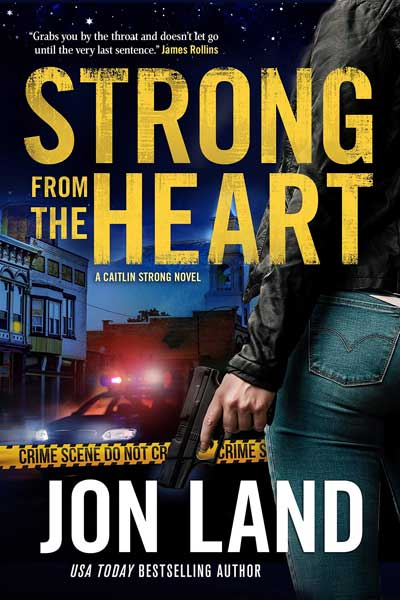 About Strong from the Heart:

Caitlin Strong wages her own personal war on drugs against the true power behind the illicit opioid trade in Strong from the Heart, the blistering and relentless 11th installment in Jon Land’s award-winning series.

The drug crisis hits home for fifth-generation Texas Ranger Caitlin Strong when the son of her outlaw lover Cort Wesley Masters nearly dies from an opioid overdose. On top of that, she’s dealing with the inexplicable tragedy of a small Texas town where all the residents died in a single night.

When Caitlin realizes that these two pursuits are intrinsically connected, she finds herself following a trail that will take her to the truth behind the crisis that claimed 75,000 lives last year. Just in time, since the same force that has taken over the opiate trade has even more deadly intentions in mind, specifically the murder of tens of millions in pursuit of their even more nefarious goals.

The power base she’s up against―comprised of politicians and Big Pharma, along with corrupt doctors and drug distributors―has successfully beaten back all threats in the past. But they’ve never had to deal with the likes of Caitlin Strong before and have no idea what’s in store when the guns of Texas come calling.

At the root of the conspiracy lies a cabal nestled within the highest corridors of power that’s determined to destroy all threats posed to them. Caitlin and Cort Wesley may have finally met their match, finding themselves isolated and ostracized with nowhere to turn, even as they strive to remain strong from the heart.